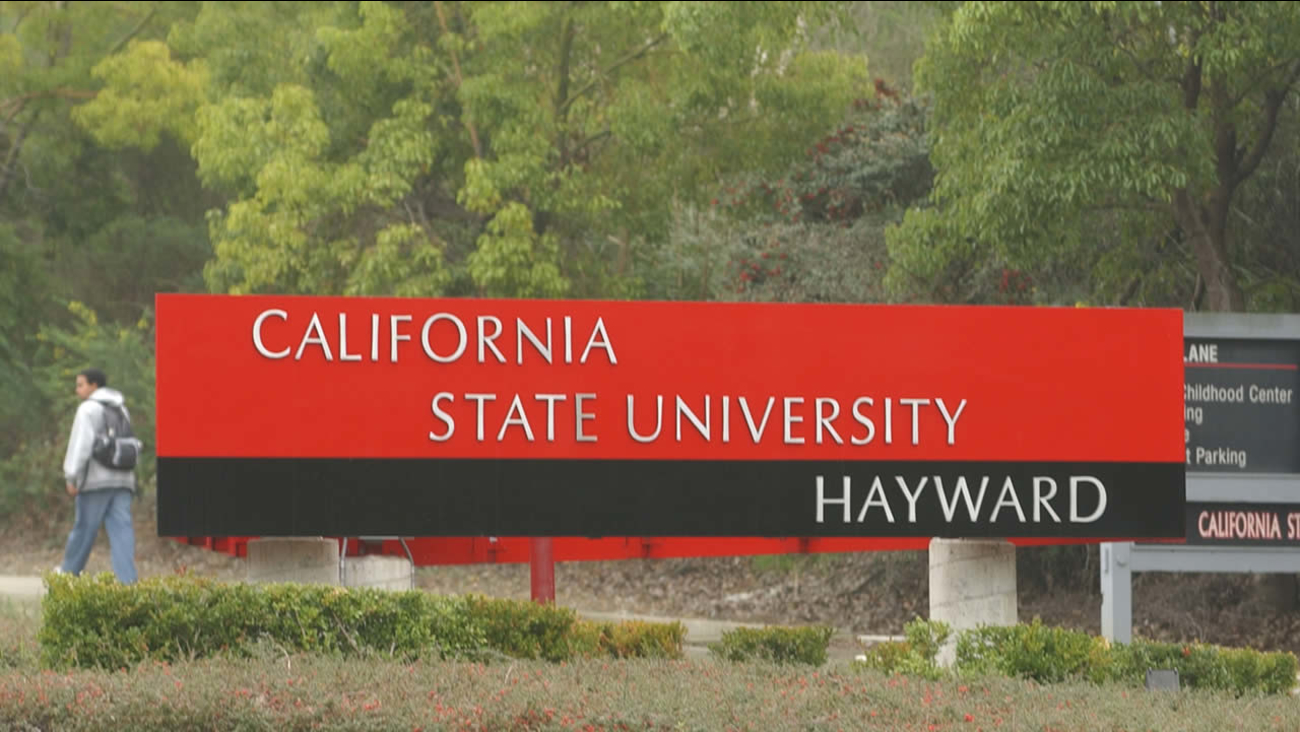 A student walks up the hill to get to the California State University, Hayward campus in Hayward, Calif., Tuesday, Jan. 25, 2005. (AP Photo/Paul Sakuma)

A student was jogging on the campus track late Thursday afternoon when he passed by a group of people and heard one them say they were going to bring a gun to the campus saturday, CSUEB spokesman Jeff Bliss said.

The student notified the University Police Department and an investigation was conducted into the threat, Bliss said.

On Friday evening, university officials notified the school community of the possible shooting through its social media channels and AlertMe service, which sends information on threats by phone, text message and email, Bliss said.

Anyone who goes to the campus Saturday will see more officers from the university and local agencies on campus because of the possible shooting, he said.

Some groups that were scheduled to use the campus facilities Saturday canceled their events due to the threat, Bliss said.

The campus remains opened and there are still events going on as scheduled, he said.