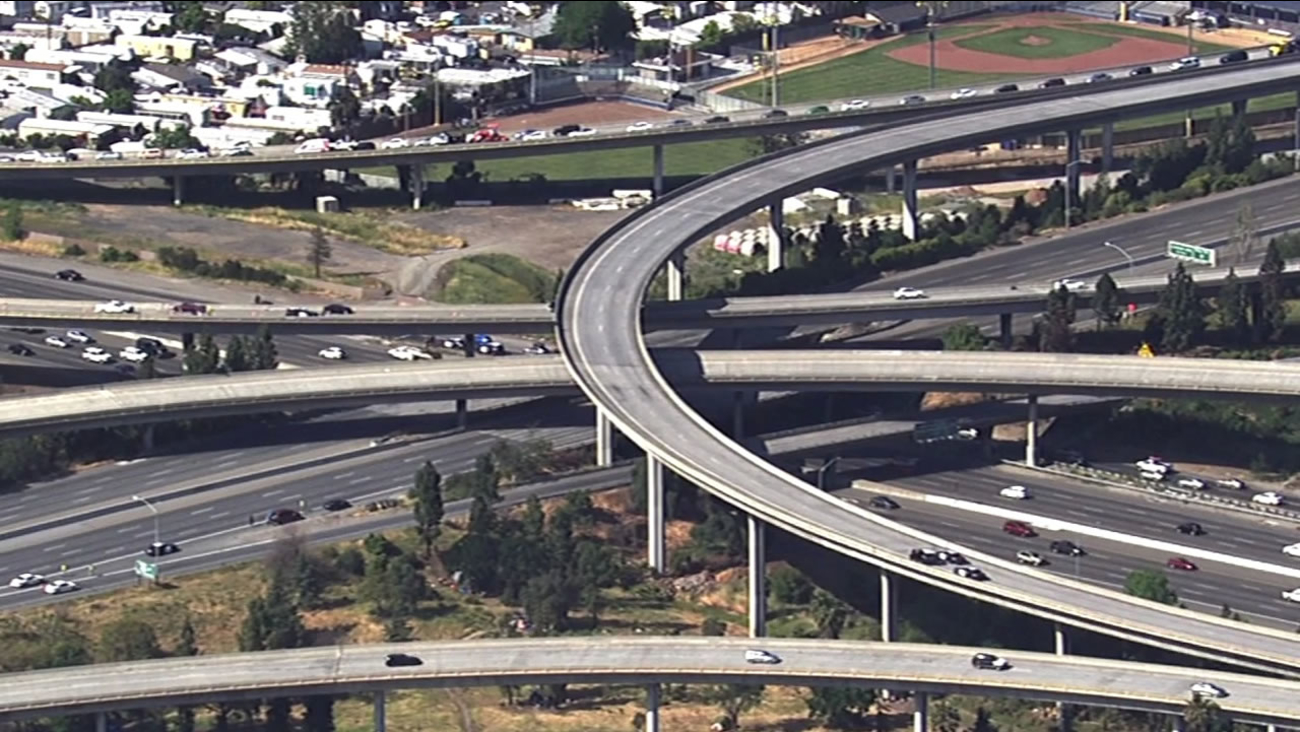 All lanes of Interstate 280, where it connects to northbound Interstate 680, are shutdown because of a man threatening to jump from an overpass, April 13, 2015. (KGO-TV)