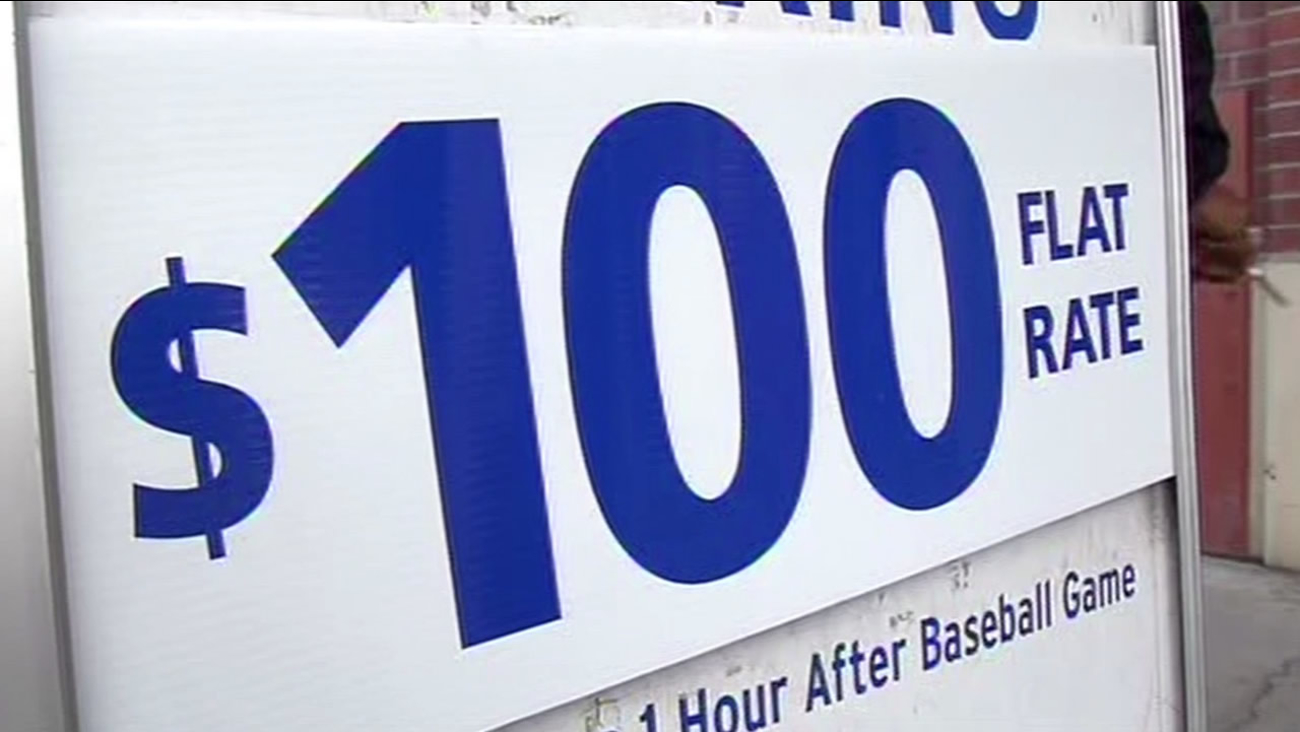 SAN FRANCISCO (KGO) -- Getting to AT&T Park on Monday for the San Francisco Giants home opener proved to be a costly proposition for many fans. In a matter of minutes, parking garages near the ballpark went from charging $70 to $80 and then $100.

"It's called -- we'll pay for it because we want to see the game, that's right," said fan Gina Geoffion. "You spent this much on the ticket, you have to pay for the parking."

Fellow fan Charles Morton added, "We came in early and we got a good park. But that is ridiculous!"

On any given day, the parking garages on Townsend Street charge $18 a day, but raise their price on game days because of their proximity to the ballpark. Monday was one of those days they knew they could raise their prices sky high. 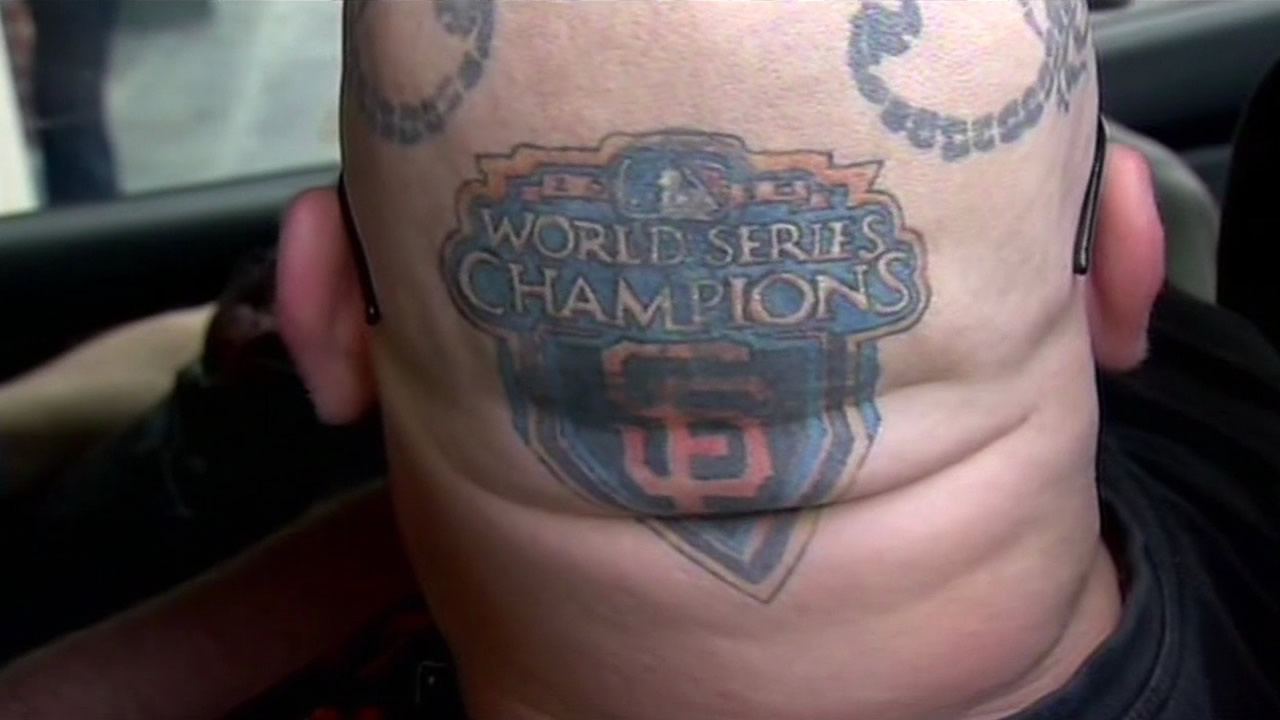 The parking garages are not managed by the San Francisco Metropolitan Transportation Agency, so they're not regulated. They can charge what they like.

One fan said, "I parked here 16 times last year." When asked if he think it's ridiculous, the fan answered, "Yes, I do. (But) what are you going to do? I'm already in line."

Another fan said, "This ain't our first rodeo. We've been here. Look at the back."

That fan was less concerned about the $100 he dropped and more focused on showing us his Giants tattoos.

A fan shows off his tattoo with the San Francisco Giants logo at the team's home opener at AT&T Park on April 13, 2015.

We did find several fans who purchased a discount coupon months ago through an online company called ParkWhiz for half the price.

For the more sensible fan, Caltrans was the best option coming from the South Bay and the Peninsula. Locals took Muni or spent a cool 20 bucks getting a ride on a pedicab.

"It's really good, it's Opening Day," said pedicab driver John Fredricks. "Yeah, there's a lot of business. There are tons of people out, over 40,000 people. It's crazy, nonstop."