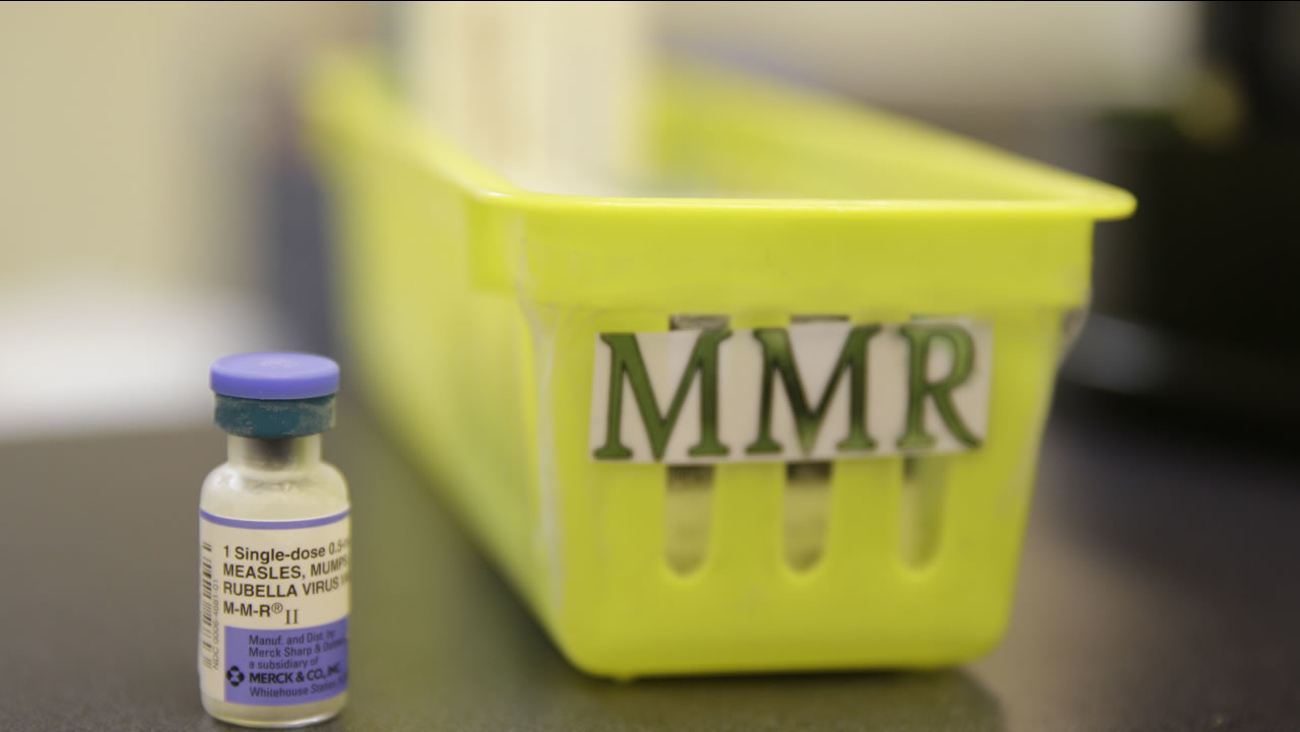 A measles vaccine is shown on a countertop at the Tamalpais Pediatrics clinic Friday, Feb. 6, 2015, in Greenbrae, Calif. (AP Photo/Eric Risberg)

LOS ANGELES (KGO) -- A measles outbreak that began at Disneyland and reignited debate about vaccinations is nearing an end.