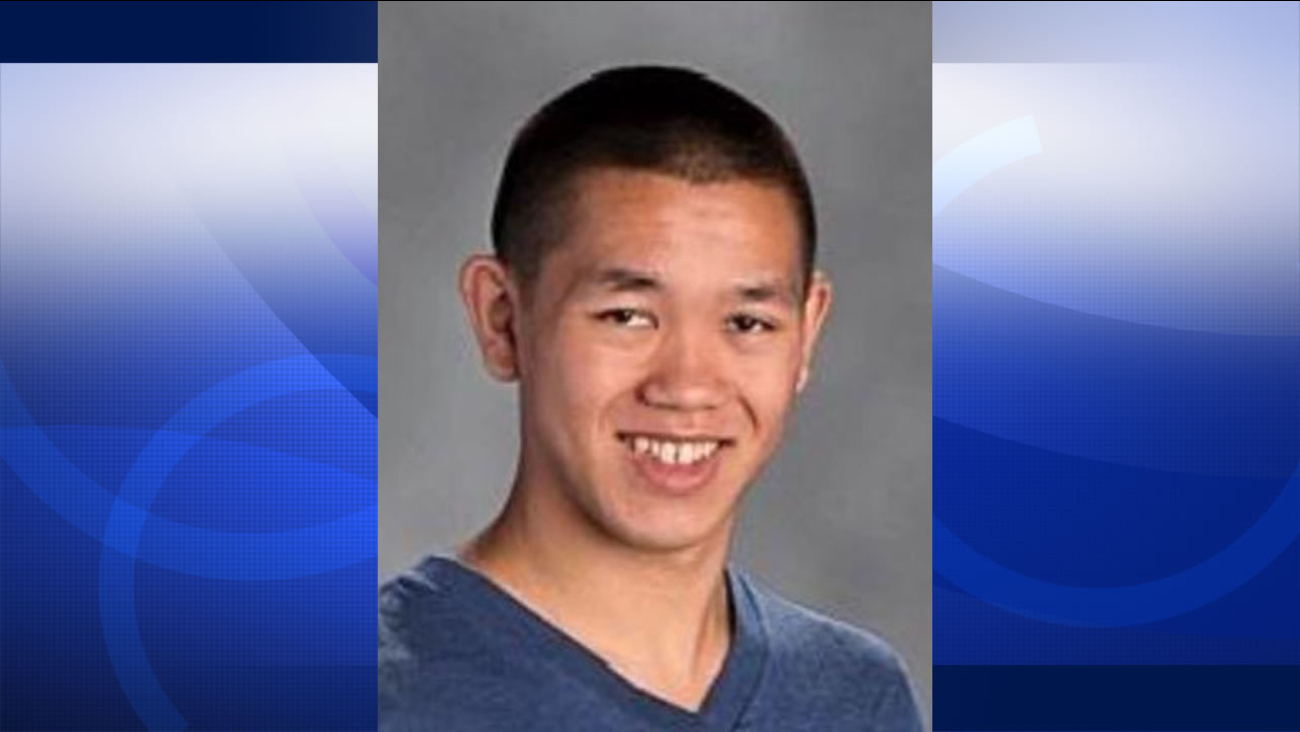 Deputies are searching for 17-year-old Connor Sullivan who was last seen at Monta Vista High School in Cupertino, Calif. on April 20, 2015. (KGO-TV)

CUPERTINO, Calif. -- Sheriff's deputies in Santa Clara County are looking for a missing juvenile who they say was last seen Monday morning at his Cupertino high school.

According to sheriff's officials, 17-year-old Connor Sullivan was last seen by his family at approximately 7 a.m. at their residence, located in the 900 block of November Drive.

Connor attended his first period class at Monta Vista High School; however he missed his remaining classes and didn't show up for track practice later that day, deputies said.

The school's staff reported that Connor was last seen at approximately 10 a.m.

Additionally, they said he was carrying a dark-colored backpack and a smaller athletic bag containing schoolbooks and track equipment.

In their search for the missing teen, deputies said they checked the Monta Vista High School campus, Oaks Shopping Center and nearby parks and they also contacted local hospitals.

According to sheriff's officials, Connor likes to play video games and enjoys running in the area of the Fremont Older Open Space Preserve in Cupertino.