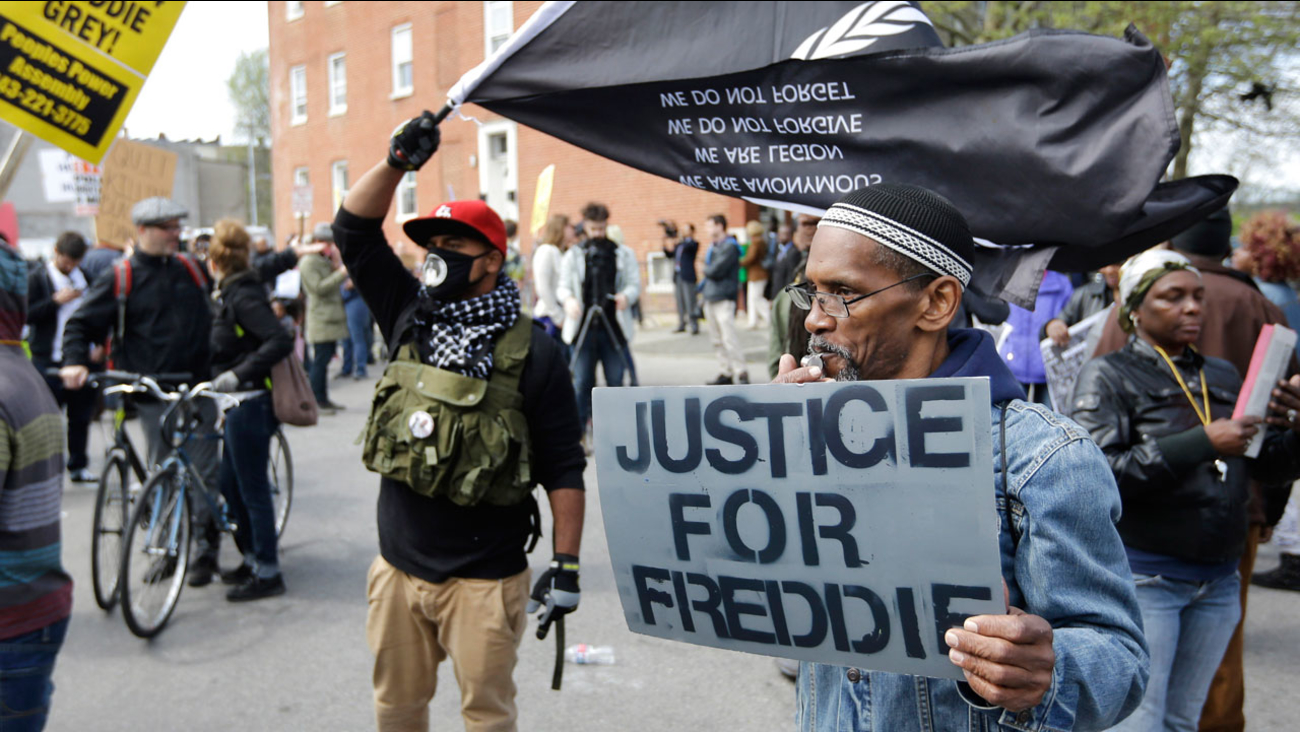 BALTIMORE (KGO) -- Calm has returned to much of Baltimore after a day and night of unrest. Protesters are expressing anger toward police over the death of a black man in custody.

On Saturday, thousands of demonstrators swept peacefully through the streets. Then, as night fell, things turned violent and volatile.

The protest comes after the death of Freddie Gray, who suffered a fatal spinal injury after being arrested. 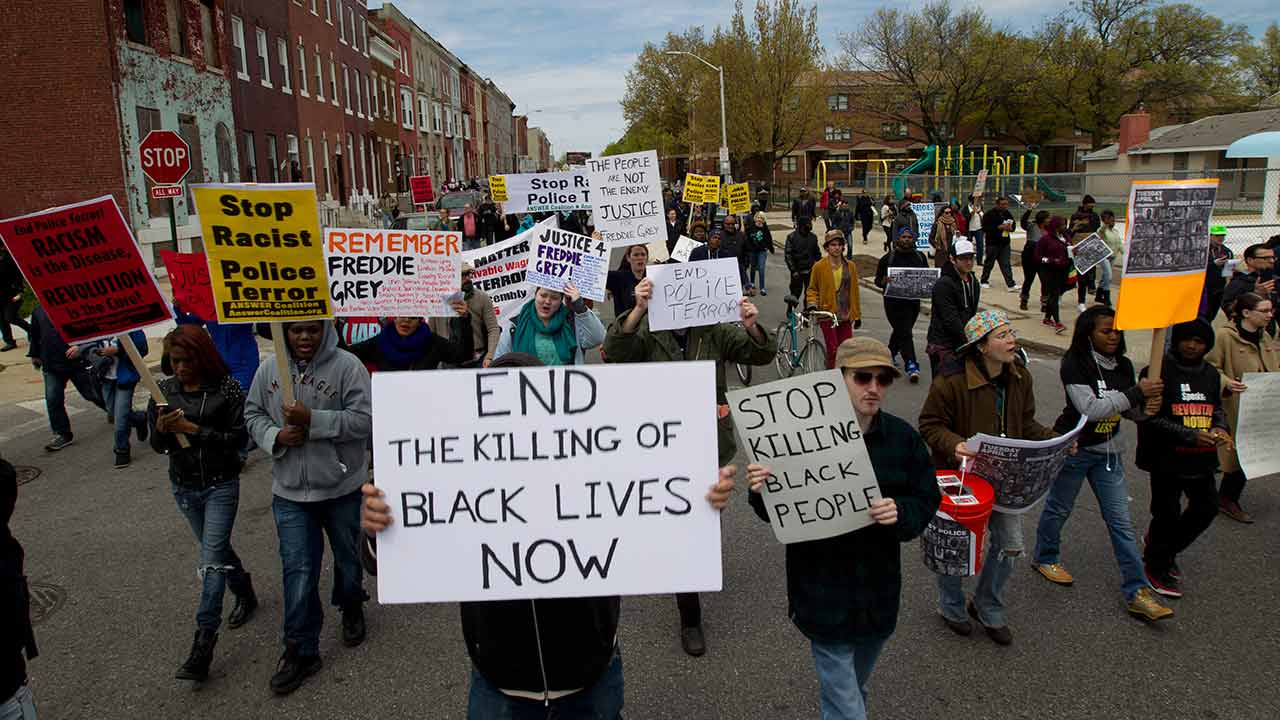 PHOTOS: Thousands protest death of Freddie Gray in Baltimore
Thousands of demonstrators marched to protest the death of a man who was injured while in the custody of Baltimore police. Freddie Gray, 25, suffered a fatal spinal injury after being arrested.

The chaotic scene prompted the first public remarks from the victim's twin sister, Fredricka Gray, who pleaded for peace at a news conference alongside the mayor. She said her brother wouldn't have wanted to see the violent protests.

"Because if we follow that old saying, 'an eye for an eye,' then we will all lose our sight," said family attorney Jason Downs. "And the path toward justice is right in front of our eyes."

After nightfall, groups of protesters marched from City Hall to the Camden Yards baseball stadium, where the Baltimore Orioles played the Boston Red Sox. Fans were told to briefly stay inside the stadium until the police were able to clear an intersection outside.

A small "splinter group" looted a convenience store and threw tables and chairs through storefront windows. Police said Sunday that a total of 34 people were arrested and six officers suffered minor injuries.

A wake was being held Sunday afternoon at Vaughn Green East funeral home, and Gray's funeral is planned for Monday.