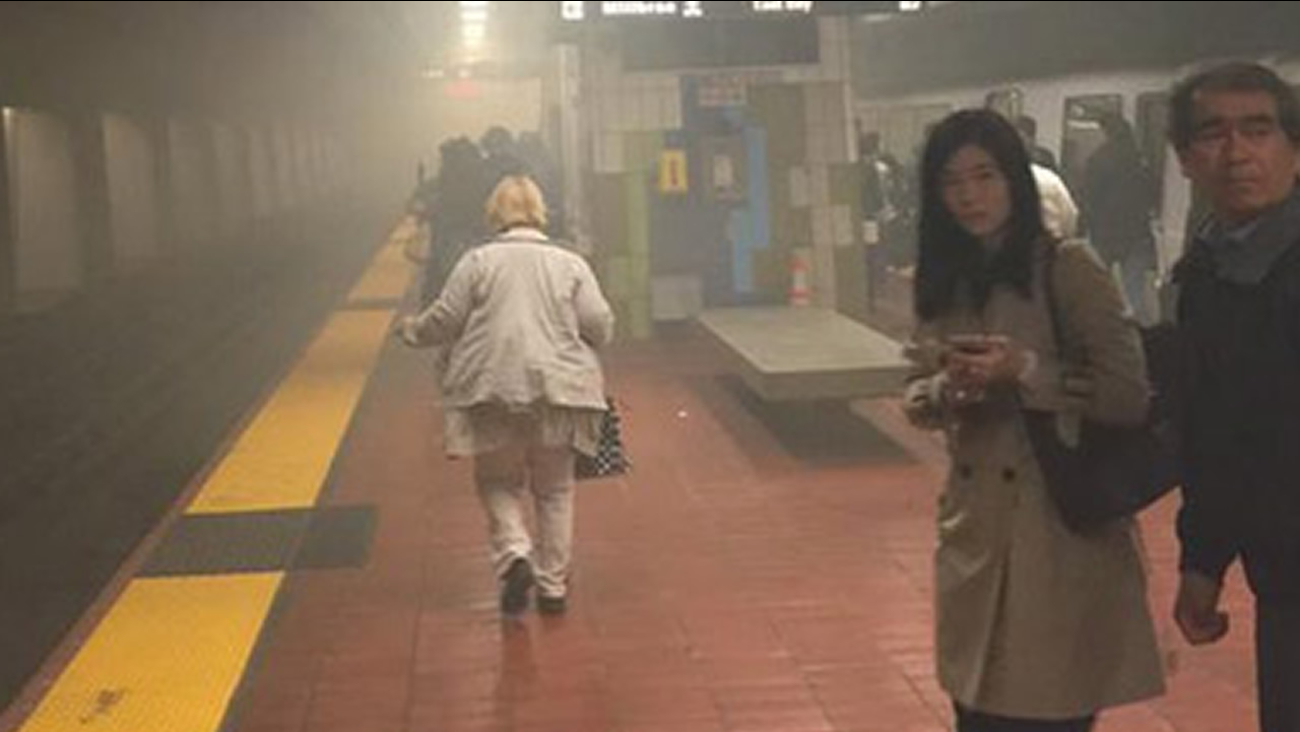 Passengers evacuated from the 16 Street Mission station in San Francisco on Monday, April 27, 2015. (Photo submitted by Aaron Eske via Twitter)

BART service is recovering this morning after a mechanical problem on a train caused smoke to fill the 16th Street Mission station platform, agency officials said.

BART officials said at 7:15 a.m. that there were major delays in the East Bay direction because of the mechanical problem.

Passengers got off of the train safely and the station platform was evacuated while crews ventilated the station and removed the train from the tracks, a dispatcher said.

Service is getting back to normal, but there were still residual delays for East Bay-bound trains as of shortly before 8 a.m., the dispatcher said.

Smoke caused by a mechanical problem with a BART train prompted the evacuation of the train and a 16th Street Mission station platform in San Francisco this morning, a BART dispatcher said.

BART officials reported the incident at 7:15 a.m. and said it is causing major delays for commuters in the East Bay direction.