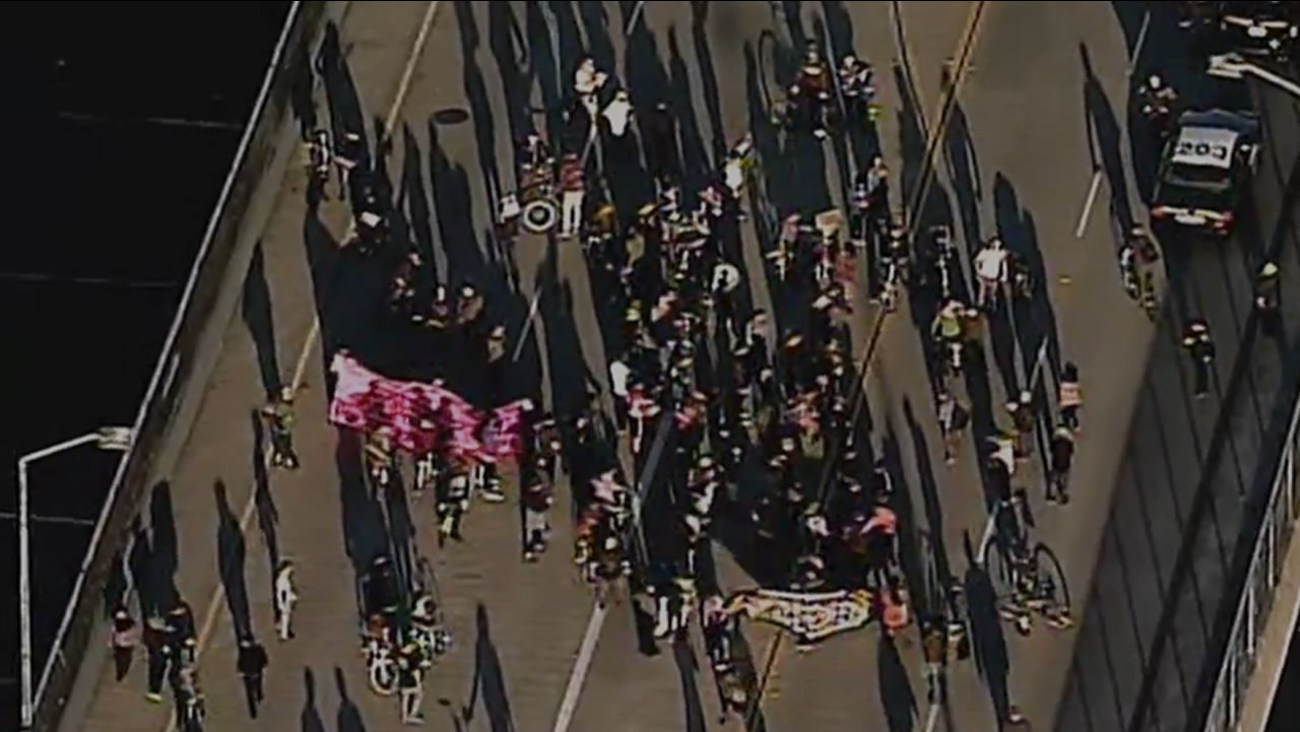 Protesters march on the I-880 overpass in Oakland in solidarity with Baltimore, April 27, 2015. (KGO-TV)

OAKLAND, Calif. -- Roughly 100 protesters gathered in the vicinity of Broadway and 14th Street in Oakland Monday evening in solidarity with demonstrators in Baltimore, carrying signs that say "Rest in Power Freddie Gray."

Oakland police and California Highway Patrol Officers are currently on the scene.

As the group moved around downtown Oakland, around 7:10 p.m CHP officers blocked an on-ramp in the vicinity of Interstate Highway 980 and the interchange with Interstate Highway 880 in an effort to prevent demonstrators from walking onto the highway.

Today's protests in Baltimore over the in-custody death of 25-year-old Freddie Gray, who died of a spinal injury, prompted Oakland police to increase staffing levels in anticipation of solidarity protests, City of Oakland officials announced this afternoon.

Throughout the day, police in Baltimore have reported that officers were being pelted with rocks and bottles.

Cars have been set on fire and businesses have been looted. Several police officers have been injured, according to authorities.

Baltimore police have responded with tear gas and pepper balls, according to media reports. The city of Baltimore has declared a 10 p.m. curfew tonight and Maryland Gov. Larry Hogan declared a state of emergency.

Fearing a repeat of near-constant protests late last year over the police shooting death of Michael Brown in Ferguson, Missouri, and the death of Eric Garner in New York by a police chokehold, city of Oakland officials say they have directed police resources to areas where "there may be protest activity."