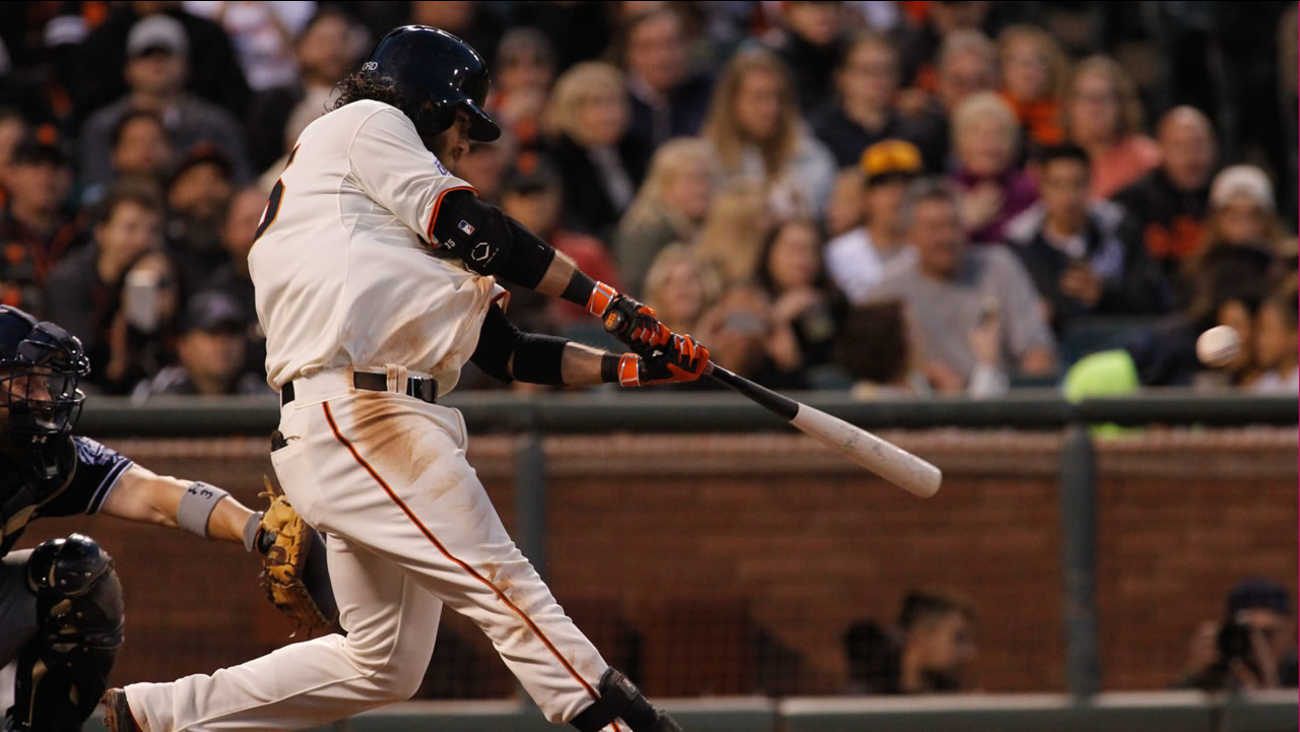 San Francisco Giants' Brandon Crawford hits an RBI double in the third inning of a baseball game against the San Diego Padres, Tuesday, May 5, 2015, in San Francisco. (AP Photo/Mathew Sumner)

The Giants threw their third shutout in a row and second against the Padres, who came to town after scoring 26 runs in a three-game sweep of Colorado last weekend. San Diego has gone 20 innings without scoring.

Brandon Crawford had three hits and an RBI for the Giants, who won their eighth straight at home and are a game over .500 (14-13) for the first time since April 10, the beginning of an eight-game losing streak. Justin Maxwell and Matt Duffy, who had two hits, also drove in runs.

Vogelsong (1-2) walked two and struck out four in his longest outing of the season. He retired 11 of his first 12 hitters and pitched out of a bases-loaded jam in the sixth.

George Kontos and Yusmeiro Petit each worked an inning to complete the four-hitter.