7 injured in violent collision with fire truck in Vallejo 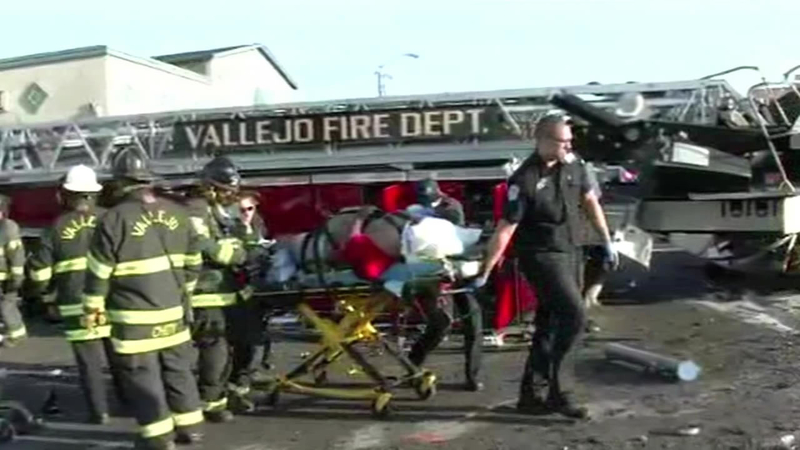 7 injured in violent collision with fire truck in Vallejo

Witnesses say the ladder truck en route to a house fire collided with a car that was driven by a woman on her way to pick up her children.

That hydrant exploded with water as the light pole toppled and a second car was crushed by the ladder truck at the corner of Sonoma and Pennsylvania.

The front half of truck twisted on its side.

"All told, there were four firefighters that were injured, sustaining serious but non-life threatening injuries," said Vallejo police Lt. Sid DeJesus. "They were transported to Bay Area trauma centers."

It took almost one hour to extricate one man from the second smashed car. Both drivers are expected to survive. A third person was treated and released.

"I'm not willing to speculate if it rolled, barrel rolled as you said," DeJesus said. "Again, it is an early stage of the investigation, but we will get to the bottom of how this accident occurred."
Related topics:
vallejocar crashcar accidenthouse firefire sirenfirefightersfirefighter injuredcollisioncrash
Copyright © 2021 KGO-TV. All Rights Reserved.
RELATED 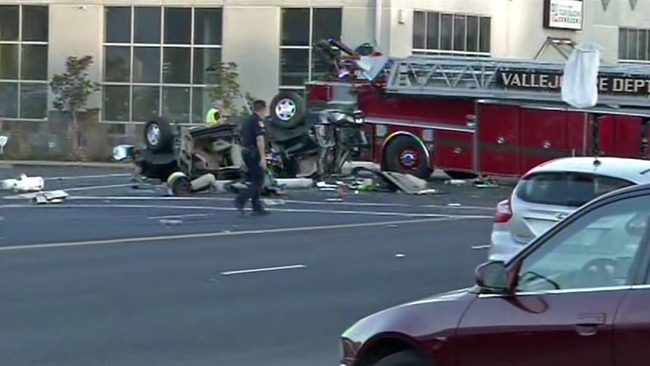