Warriors land in Memphis ahead of Game 3 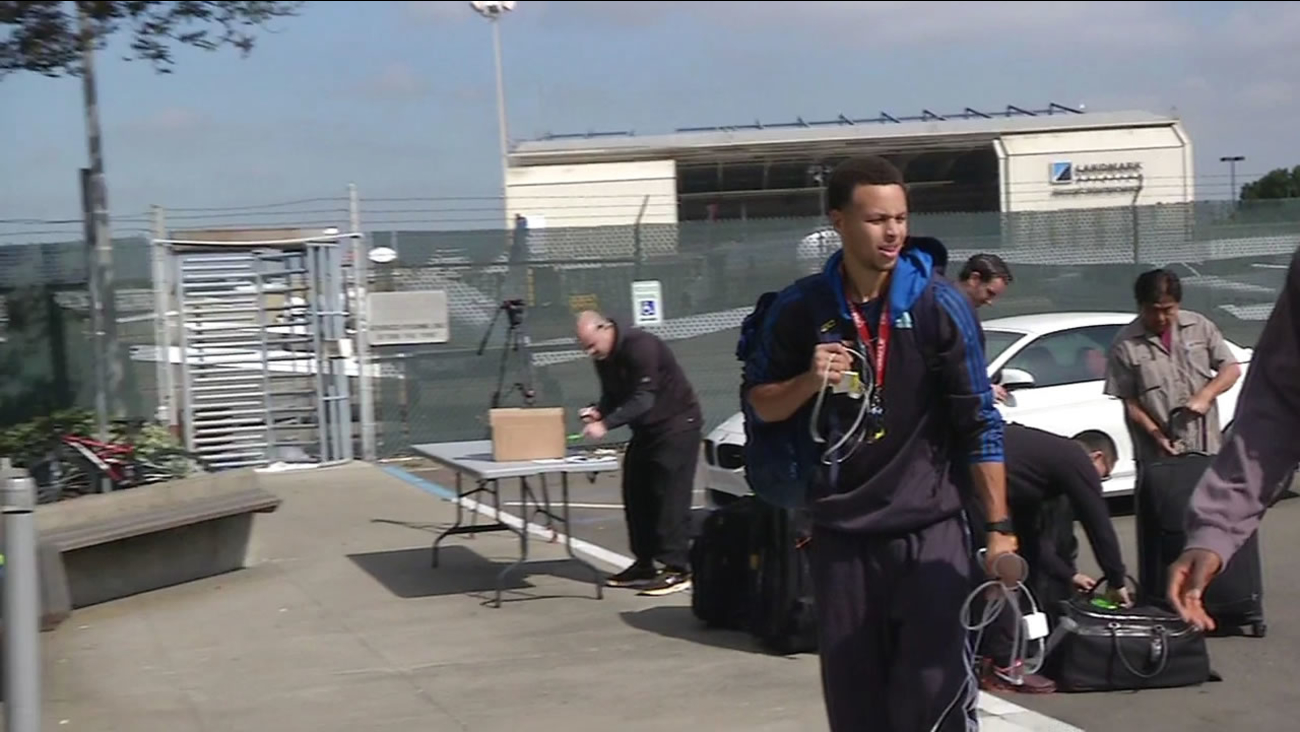 Golden State Warriors Stephen Curry walks through the Oakland Airport May 8, 2015 to catch a flight to Memphis ahead of Game 3 of the Western Conference semifinals. (KGO-TV)

OAKLAND, Calif. (KGO) -- The Golden State Warriors are in Memphis getting ready for Saturday's game against the Grizzlies.

ABC7 News was at the Oakland International Airport Friday morning as the players arrived for a charter flight to Memphis.

Several players admitted to being tight during Thursday's practice after the Game 2 loss on Tuesday. Former Warrior Adonal Foyle expects the team to rebound with a win.

The Warriors play Game 3 and 4 in Memphis before returning to Oakland for Game 5.

Game 3 tips off Saturday at 5 p.m. on ABC7. That is followed by ABC7's "After the Game" with Larry Beil. Mike Shumann will be live from Memphis.