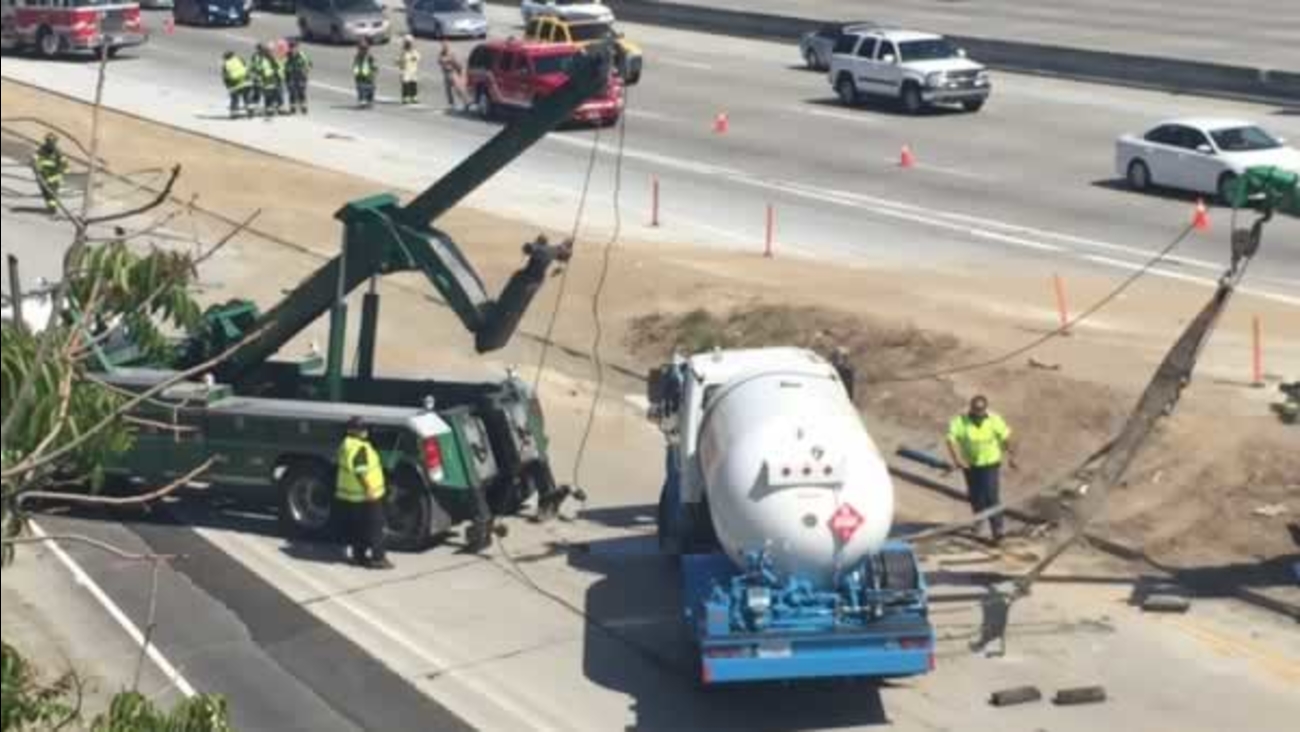 SAN JOSE, Calif. -- All lanes on the northbound connector from Interstate 280 to Interstate 880 have reopened Saturday afternoon following a crash involving a big-rig truck carrying propane, according to the California Highway Patrol.

CHP officers responded to a report of a tanker truck on its side at 12:54 p.m., a CHP officer said.

At least one person was transported to a hospital, but information on the person's condition was not immediately available.

The tanker truck was carrying a load of propane and emergency personnel took related precautions, setting up a hazardous materials response
out of concerns over a possible propane leak, according to the CHP.