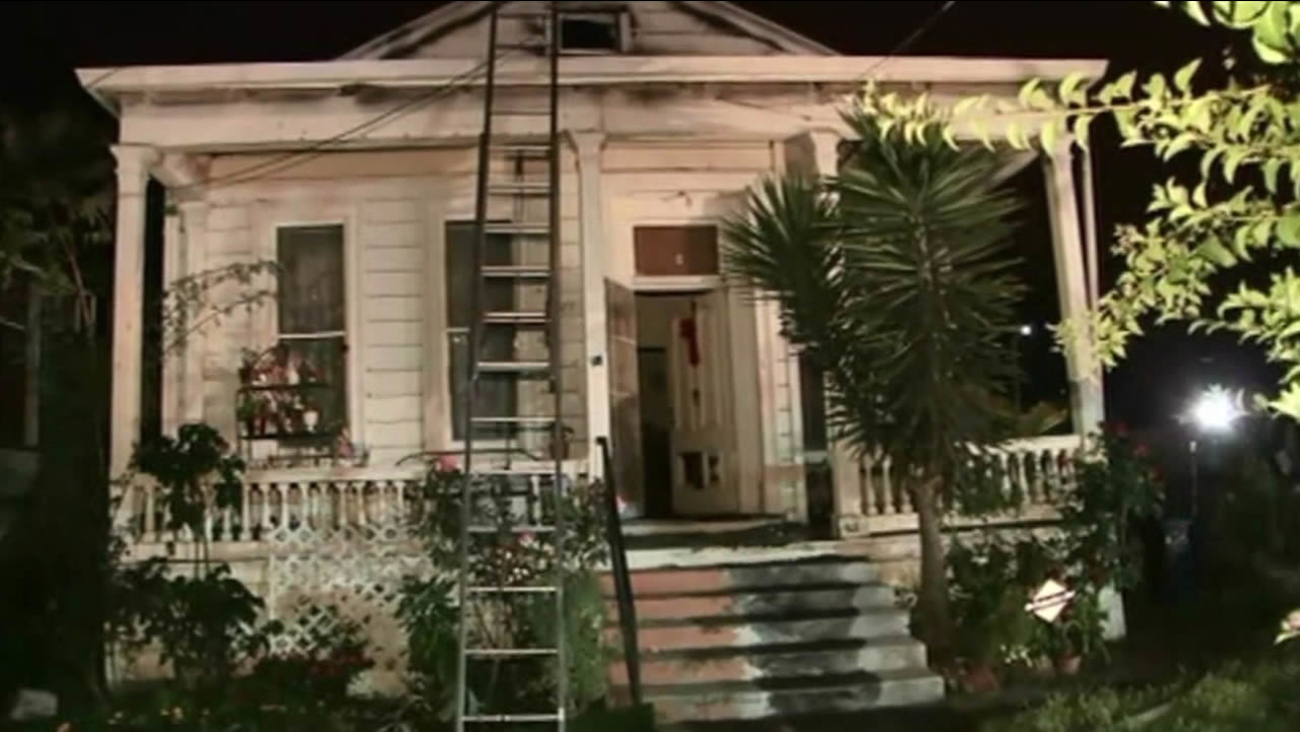 No injuries were reported in a house fire that displaced eight people in San Jose, Calif. on May 10, 2015. (KGO-TV)

SAN JOSE, Calif. -- No one was injured in a three-alarm fire Sunday morning in downtown San Jose, according to the San Jose Fire Department.

Firefighters got the first call of the fire in the 700 block of South Second Street near Interstate Highway 280 at 2:06 a.m., San Jose fire Captain Mike Van Elgort said. Van Elgort said firefighters found one home in flames when they arrived and the flames spread to the attic of a second home.

"Our crews did an amazing job," Van Elgort said.

The fire has displaced eight people who will get help from the American Red Cross, Van Elgort said. Van Elgort said the fire appears to have started accidentally but the cause is under investigation.
Related topics:
san joseamerican red crossfirehouse firered crossfirefighters
Copyright 2020 by Bay City News, Inc. Republication, re-transmission or reuse without the express written consent of Bay City News, Inc. Is prohibited.
More Videos
From CNN Newsource affiliates
TOP STORIES