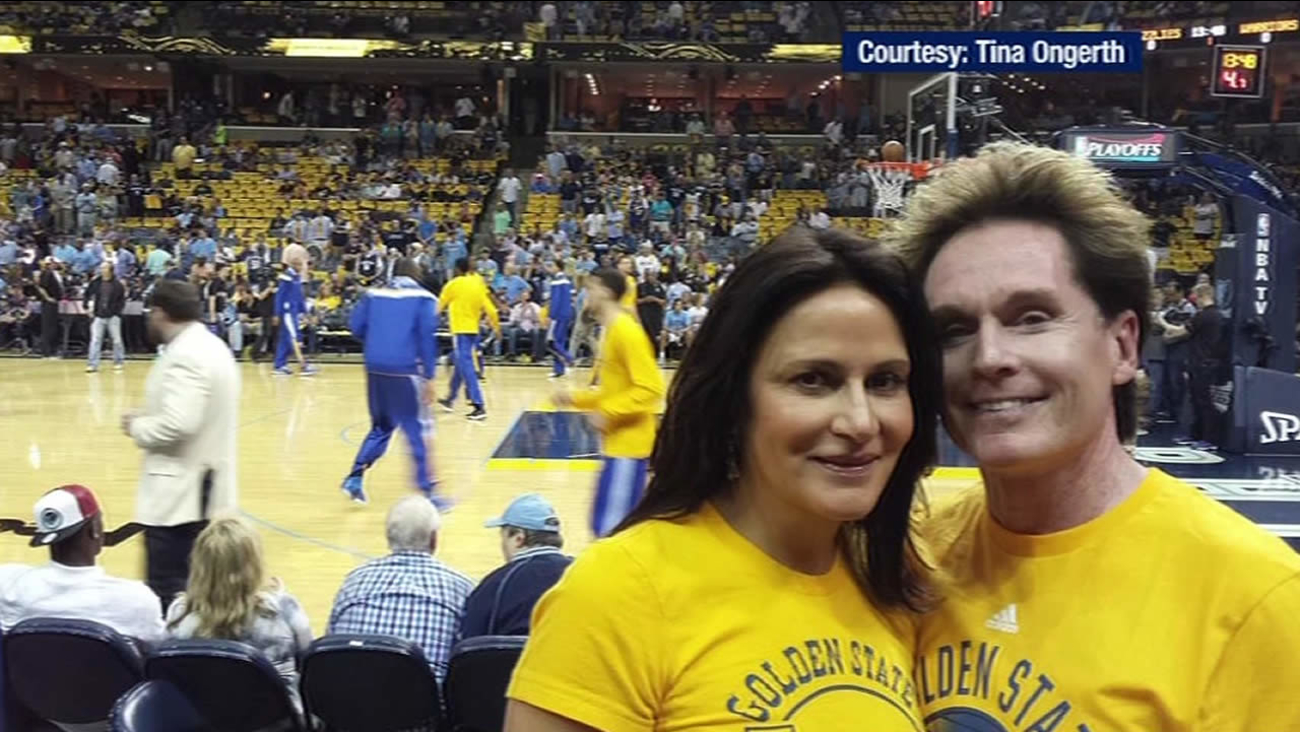 Barry and Tina Ongerth are Warriors fans that traveled to Memphis to see the Grizzlies take on Golden State on May 11, 2015. (KGO-TV)

OAKLAND, Calif. (KGO) -- Wednesday night the Golden State Warriors will take on the Memphis Grizzlies in Game 5 in the Western Conference Semifinals.

If the Warriors win, the team will take a 3-2 lead in the best of seven series. Warriors guard Stephen Curry hopes to build off a 33-point performance in Game 4.

They were strangers in a strange land -- Barry and Tina Ongerth had never been to Memphis and weren't sure what to expect when the travelled to see their beloved Warriors take on the Grizzlies.

"Everybody who saw us in our garb said, 'Oh you're Warriors fans. You can't come in... only kidding, come in," Barry said. "And wherever we went, people sat and talked to us because we're from the Bay Area and people love the Bay Area."
PHOTOS: Golden State Warriors NBA Playoffs 2015

Although one member of Dubnation tweeted that he was hit in the face, others we spoke with said the crowd was good-natured, but loud.

And there was a plus to standing out in the crowd. MVP Steph Curry would give a head nod towards the fans.

"He did the head nod to the five of us sitting right there. That was the highlight for me. Just getting the acknowledgement that he does appreciate that we're standing back here cheering," Tina said.