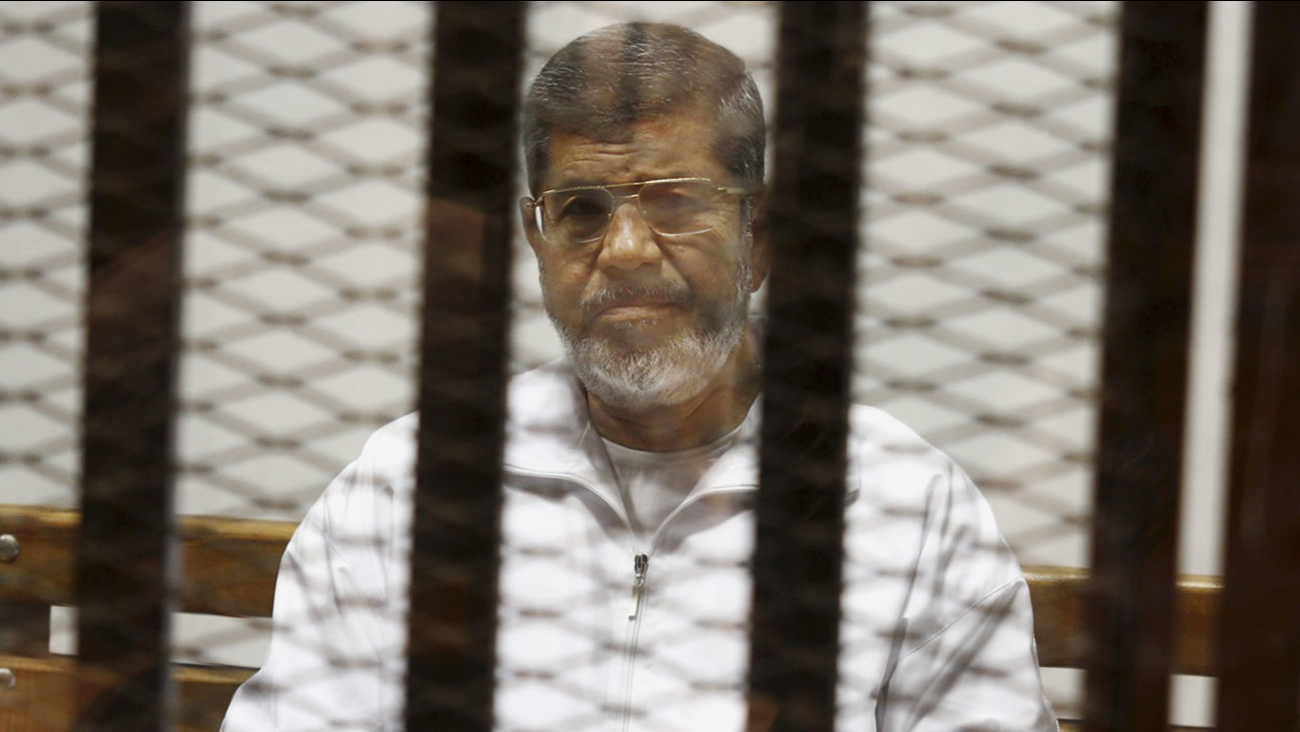 The verdict was announced Saturday in Cairo.

As is customary in passing capital punishment, Judge Shaaban el-Shami referred his death sentence on Morsi and more than 20 others to the nation's top Muslim theologian, or mufti, for his non-binding opinion.

Morsi, Egypt's first freely elected president, was ousted by the military in July 2013 following days of mass street protests by Egyptians demanding that he be removed because of his divisive policies.