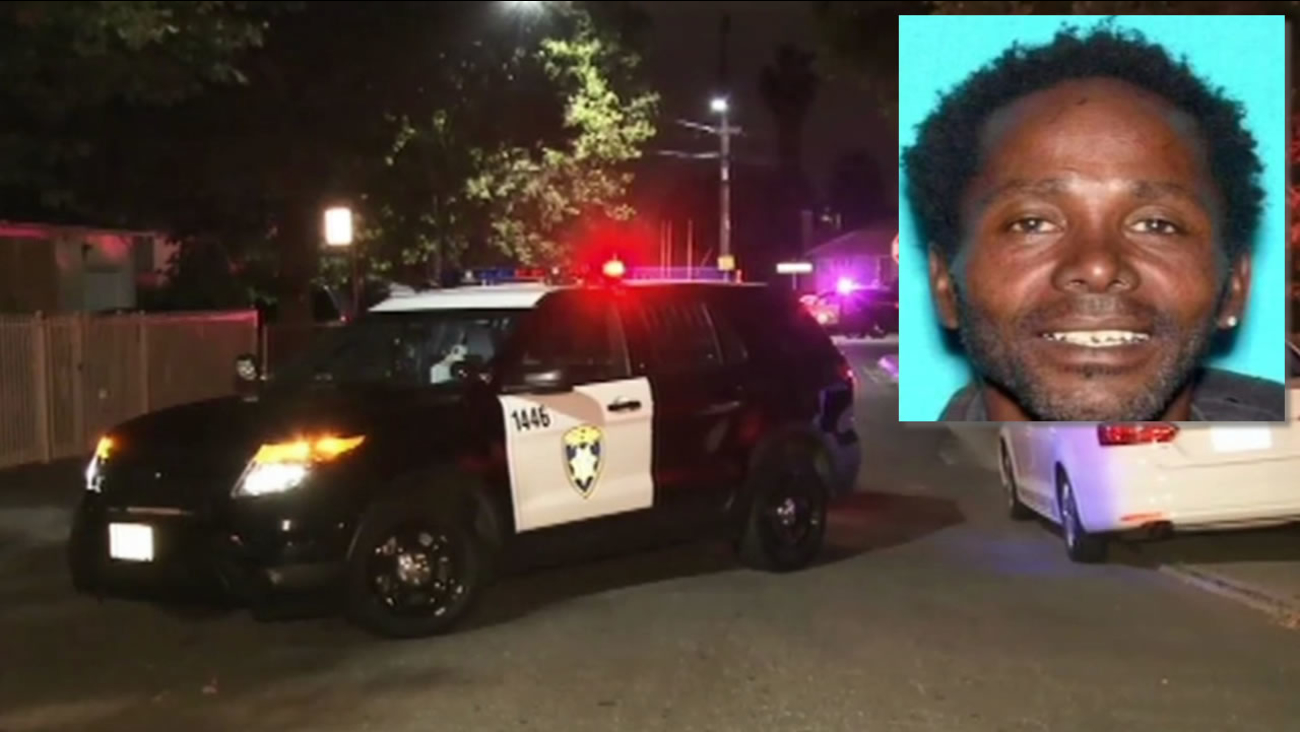 Shawn McGee, 51, is accused of robbing a bank in Antioch then leading officers on a chase to Oakland and holding a person hostage on May 16, 2015. (KGO-TV)

OAKLAND, Calif. -- Police arrested a suspect Saturday night after the person allegedly robbed a bank in Antioch, led officers on a chase, and allegedly took a person hostage in Oakland.

Oakland police arrested 51-year-old Shawn McGee of Oakland at 11:09 p.m. in the 10500 block of Topanga Drive after the hostage escaped, according to Antioch police and Oakland police Officer J. Moore. Police said no one was injured in the hostage situation and police said they recovered the stolen money.

Police said at about 6:15 p.m. Saturday the suspect walked into a Safeway store on Deer Valley Road and approached a teller with a firearm and demanded money.

The teller gave the McGee some money and the person ran from the store, according to police. Police said the suspect got into a vehicle and the vehicle went north on Hillcrest Avenue.

Police said a witness followed the vehicle with the suspect inside as the vehicle started west on state Highway 4. The witness gave Antioch police the license plate, description and location of the vehicle.

Police from Antioch located the vehicle and attempted to stop it, but the driver drove away from police, according to police. Police said a pursuit ensued that involved the California Highway Patrol.

Moore said the driver abandoned the vehicle near the intersection of Capistrano and Topanga drives in Oakland. The suspect ran from the vehicle into an apartment on Topanga Drive and took a person hostage, according to police.

Police said the Oakland Police Department's SWAT team responded. The hostage was able to escape and police arrested McGee. The FBI is involved in the investigation, according to police.

McGee was booked on robbery charges and unlawful imprisonment for holding a person hostage.

Anyone with information about the case is being asked to call Detective Colley with the Antioch Police Department at (925) 779-6922.