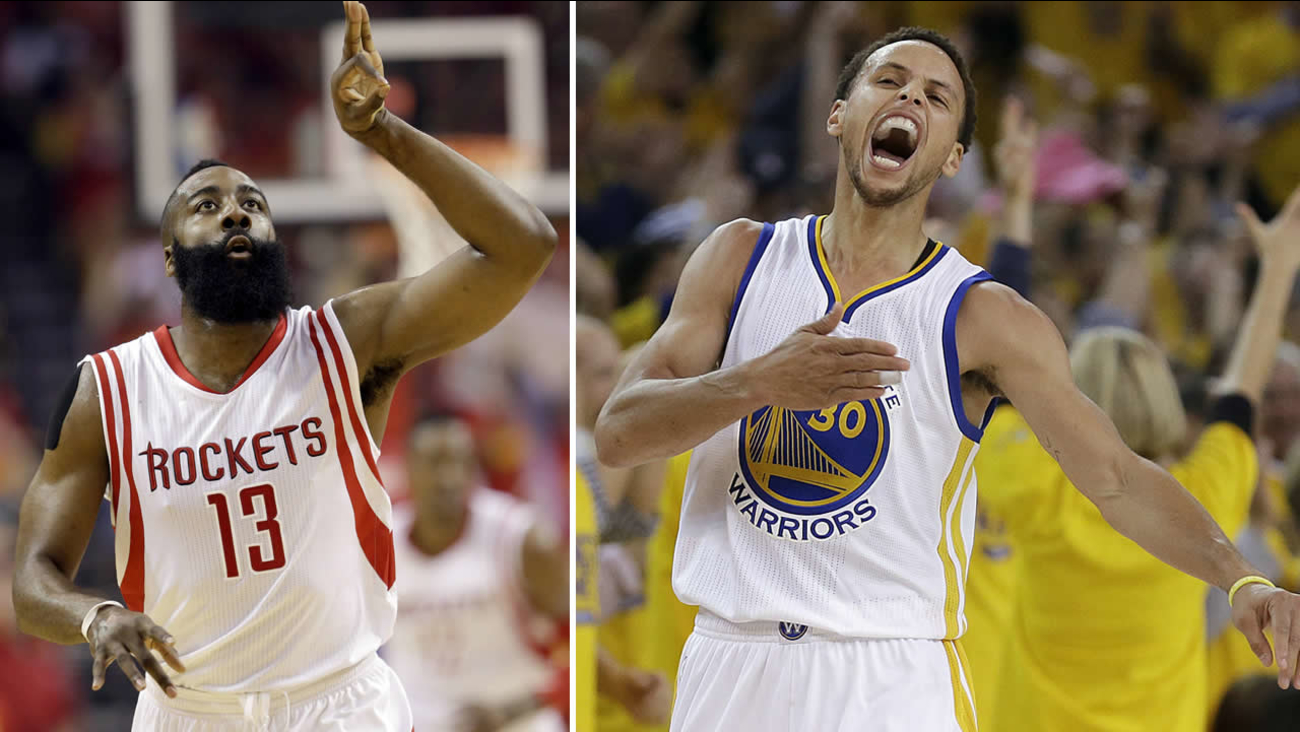 Rockets advance to face Warriors in Western Conference finals. They are 0-4 against Golden State this season. pic.twitter.com/oHNJjDNlxV

James Harden scored 31 points, Dwight Howard had 16 points and 15 rebounds and the Houston Rockets never trailed in their win over the Clippers. This is the first time the Rockets have been in the Western Conference finals since 1997.

It's the ninth time in NBA history that a team has overcome a 3-1 series deficit to win a playoff series.

The Rockets needed an epic comeback to overcome a 19-point third-quarter deficit and force Game 7. No such heroics were needed Sunday when they were up by 17 after three and Howard opened the fourth quarter with a 3-point play to push it to 88-68.

Harden goes for 31 as Rockets beat Clippers 113-101. Game 1 of Western Conference Finals vs #Warriors is Tuesday night at Oracle 6pm

Blake Griffin scored five points in a 9-0 run to cut the lead to eight points with less than 2 1/2 minutes remaining. Harden made a pair of free throws after that, but a dunk by DeAndre Jordan got the Clippers within eight again. This time Trevor Ariza hit a 3 from the corner to secure the victory.