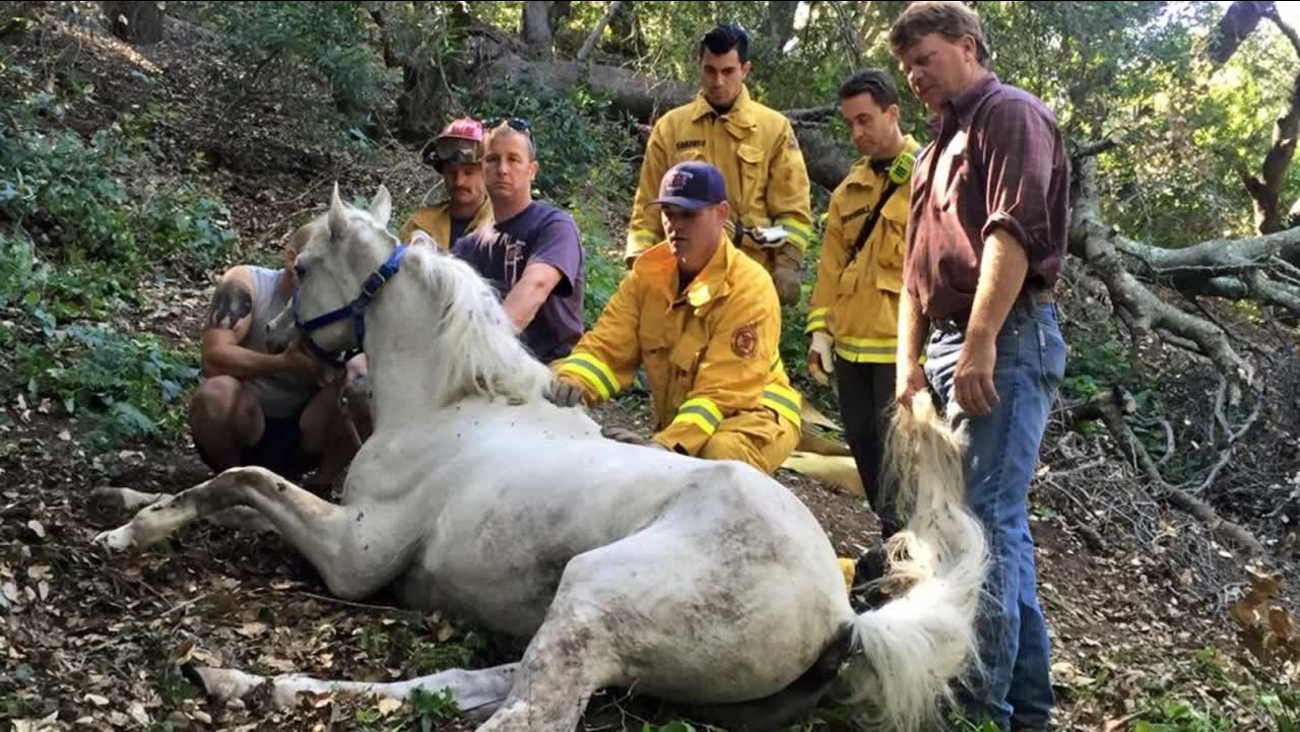 Crews are trying to rescue a horse that became stuck in a tree after falling 30 feet down an embankment in Briones Regional Park in Martinez, Calif. on Tuesday, May 19, 2015. (East Bay Regional Parks Department/Facebook)

MARTINEZ, Calif. -- Rescue crews removed a horse from a tree after it fell 30 feet down an embankment in Briones Regional Park Thursday afternoon, but the horse did not survive its injuries, East Bay Regional Park District officials said.

A woman was riding the horse on the lower Spengler Trail just south of Blue Oak Trail in the eastern side of the park when it fell down the embankment at about 12:30 p.m., parks spokeswoman Carolyn Jones said.

The rider was uninjured, but the horse remained stuck in the tree with rescue crews and a veterinarian trying to get it down.

Rescue crews posted photos on the East Bay Regional Park District Fire Department Facebook page showing the horse had been brought to the ground as of just before 5 p.m.