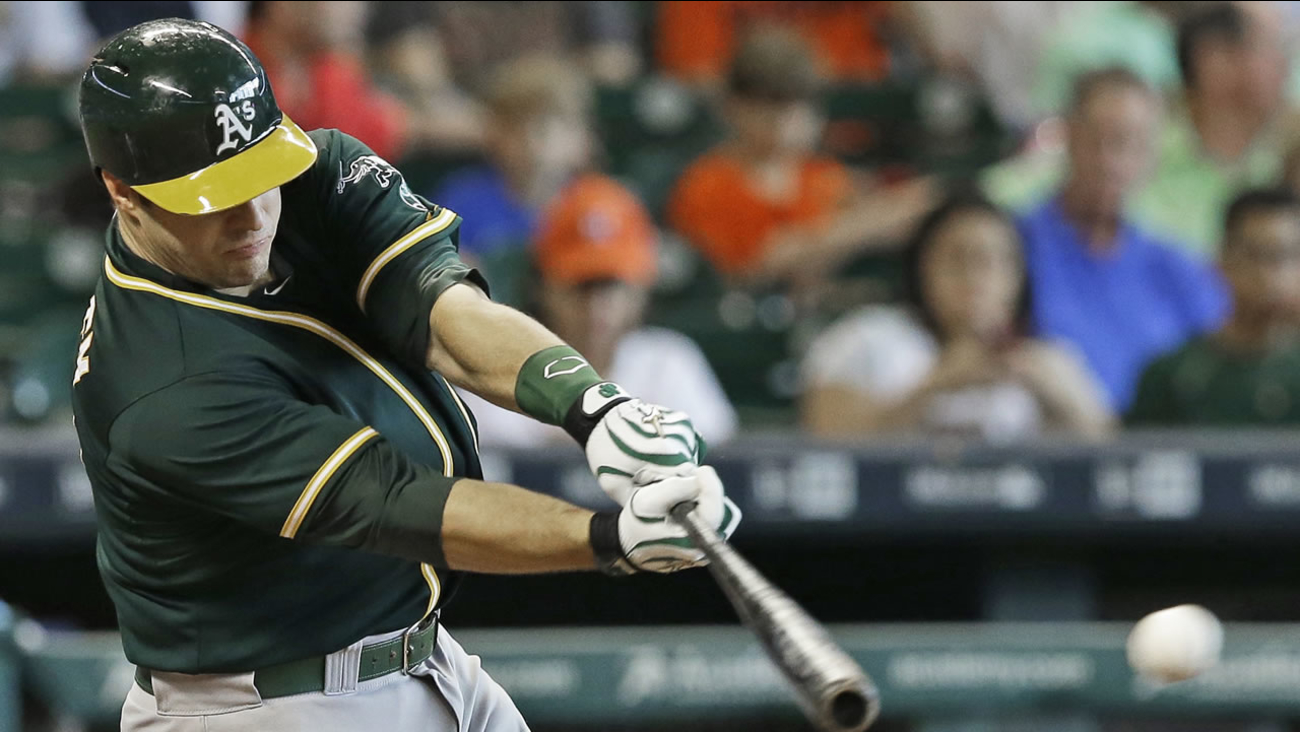 Oakland Athletics' Josh Phegley connects to load the bases with a single to left field against the Houston Astros in the fourth inning of a baseball game Wednesday, May 20, 2015. (AP Photo/Pat Sullivan)

HOUSTON -- Evan Gattis hit a two-run homer to help Dallas Keuchel earn his eighth straight win, and the Houston Astros kept rolling with a 6-1 victory over the Oakland Athletics on Wednesday.

The Astros improved to an American League-best 27-14, giving them the best start through 41 games in franchise history. Sitting atop the AL West, this is the latest the Astros have led their division since May 22, 2004.

Keuchel (6-0) allowed six hits and no earned runs in seven innings to lower his ERA to 1.67. He's won eight straight decisions dating back to last year, which is the longest streak by a starter in the majors. And his 6-0 mark this year is the best by an Astro since Roger Clemens opened the 2004 season at 9-0.

The game was tied in the sixth inning when Gattis sent his soaring homer into left field to make it 3-1. George Springer, who finished with two hits, singled with two outs to set up the go-ahead shot by Gattis.

Colby Rasmus drove in a run with a bases-loaded sacrifice fly in the eighth and Chris Carter tacked on a pair with a single to shallow center in that inning.

Marwin Gonzalez doubled to start the third for Houston's first hit. He advanced to third on a wild pitch and put the Astros up 1-0 when he scored on a single by Jake Marisnick.

A walk by Billy Butler followed by consecutive singles by Brett Lawrie and Josh Phegley loaded the bases for Oakland with one out in the fourth inning. But Keuchel escaped the jam by retiring Mark Canha and Craig Gentry to end the inning.

Butler and Lawrie hit back-to-back singles with one out in the sixth and Butler scored on a two-out error by Carter on a ball hit by Canha to tie it at 1-all.