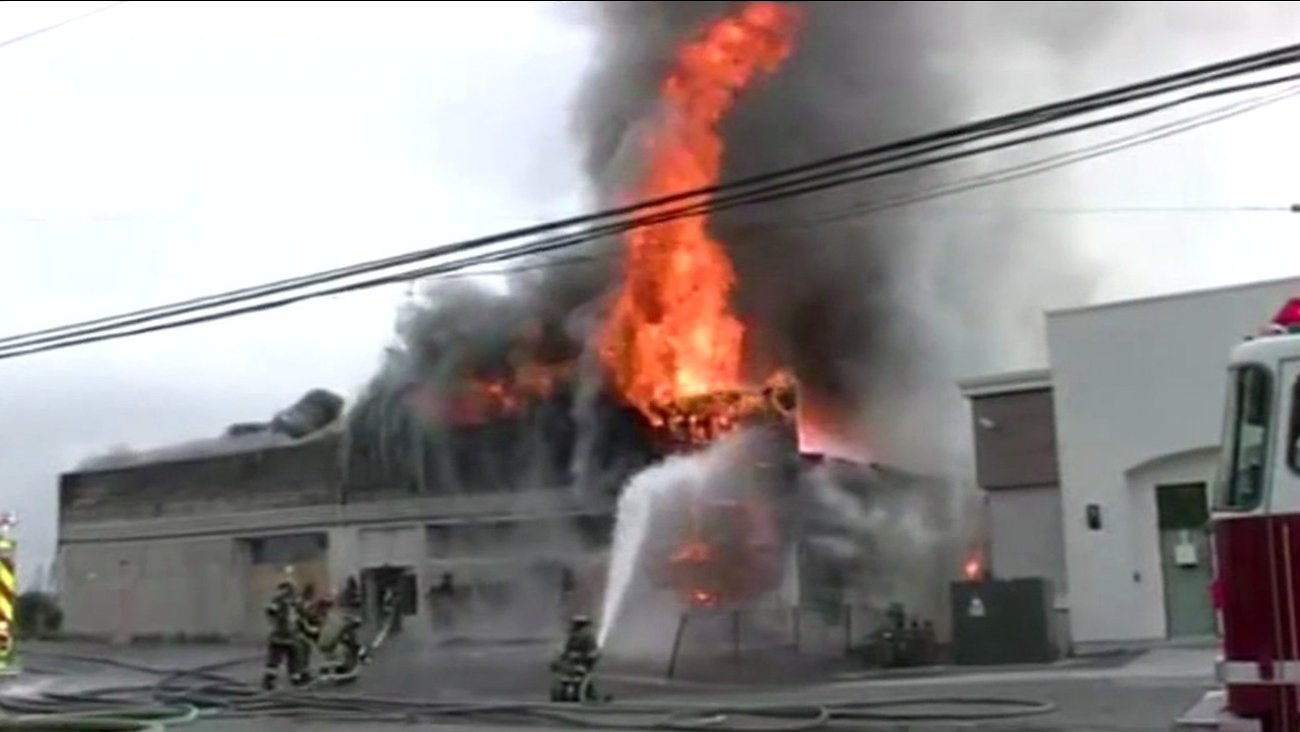 Crews extinguished a two-alarm fire that spread throughout a vacant commercial building on Sacramento Street in Vallejo on Sunday, May 24, 2015.

Firefighters responded shortly before 8 a.m. to a report of a fire at 2290 Sacramento St., Vallejo fire Capt. John Ha said.

Ha said the single-story building has been boarded up and unoccupied for a year or more, but said it contained several businesses when it was in use.

A second alarm was called within roughly 10 minutes after firefighters arrived on scene, Ha said.

"It was challenging because it was boarded up and difficult to access," Ha said. "We had to fight the fire defensively."

He said firefighters did an excellent job of preventing the fire from spreading to an adjacent dermatology office.

Officials are investigating to find out where the fire started and what sparked the blaze.