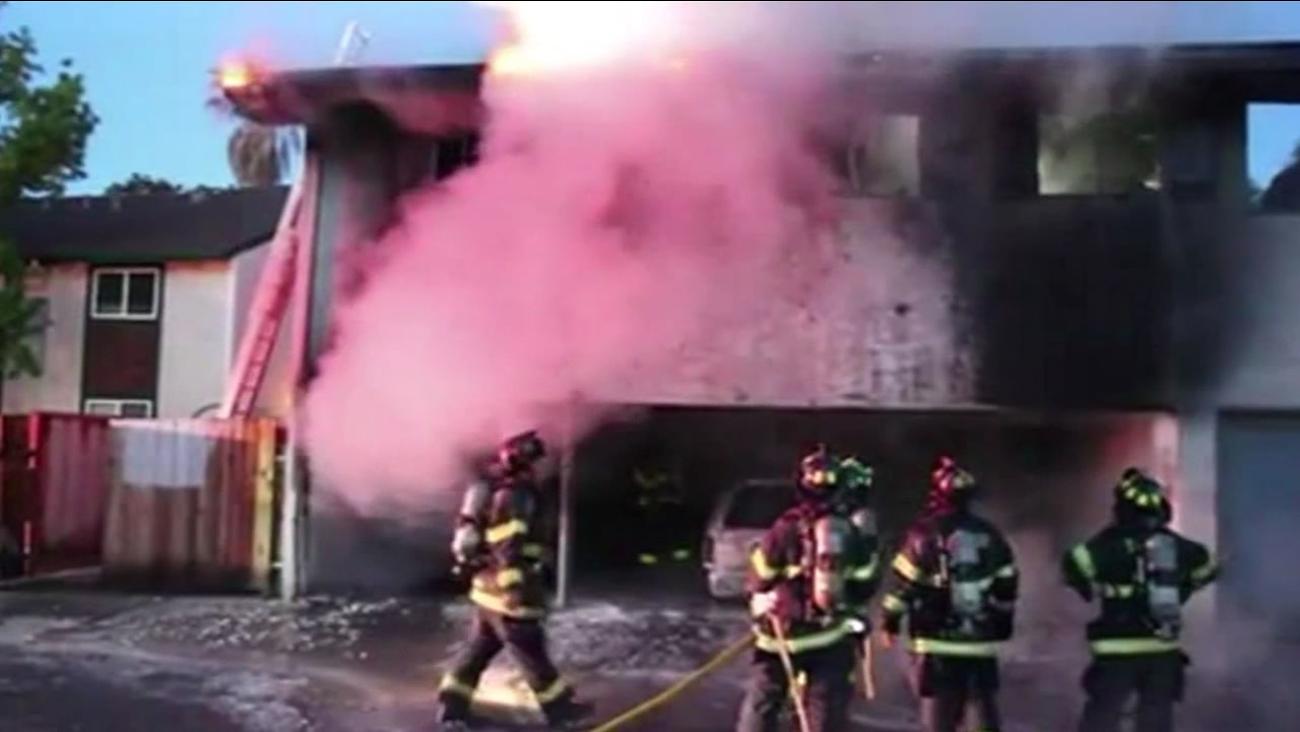 SAN JOSE, Calif. -- A two-alarm residential fire in San Jose displaced 12 people and caused up to $150,000 in damage Sunday morning.

Firefighters responded to the 1300 block of Lick Avenue around 5 a.m. on a report of a fire, San Jose fire Capt. Barry Ehlers said.

Upon arrival, fire crews upgraded the blaze to a second alarm because Ehlers said they had received reports of a person in a wheelchair who needed help getting out of the four-unit apartment building.

Firefighters were able to make contact with all of the residents and ensure that everyone had self-evacuated safely, but crews did rescue a dog from the burning building, Ehlers said.

A third alarm was called and later cancelled, Ehlers said.

The fire started in the carport area of the apartment building, but Ehlers said fire investigators are still trying to determine what exactly sparked the blaze.

A resident who was sleeping with her window open smelled the smoke and woke up her teenage son, who then alerted neighbors, Ehlers said.

"There were no working smoke detectors in these units," Ehlers said. "The only reason these people were able to wake up was that a woman smelled the smoke and happened to be sleeping with her window open."

There were no injuries reported and Ehlers said the fire was contained within approximately 45 minutes.

The American Red Cross was on scene this morning to assist residents in finding temporary shelter, Ehlers said.