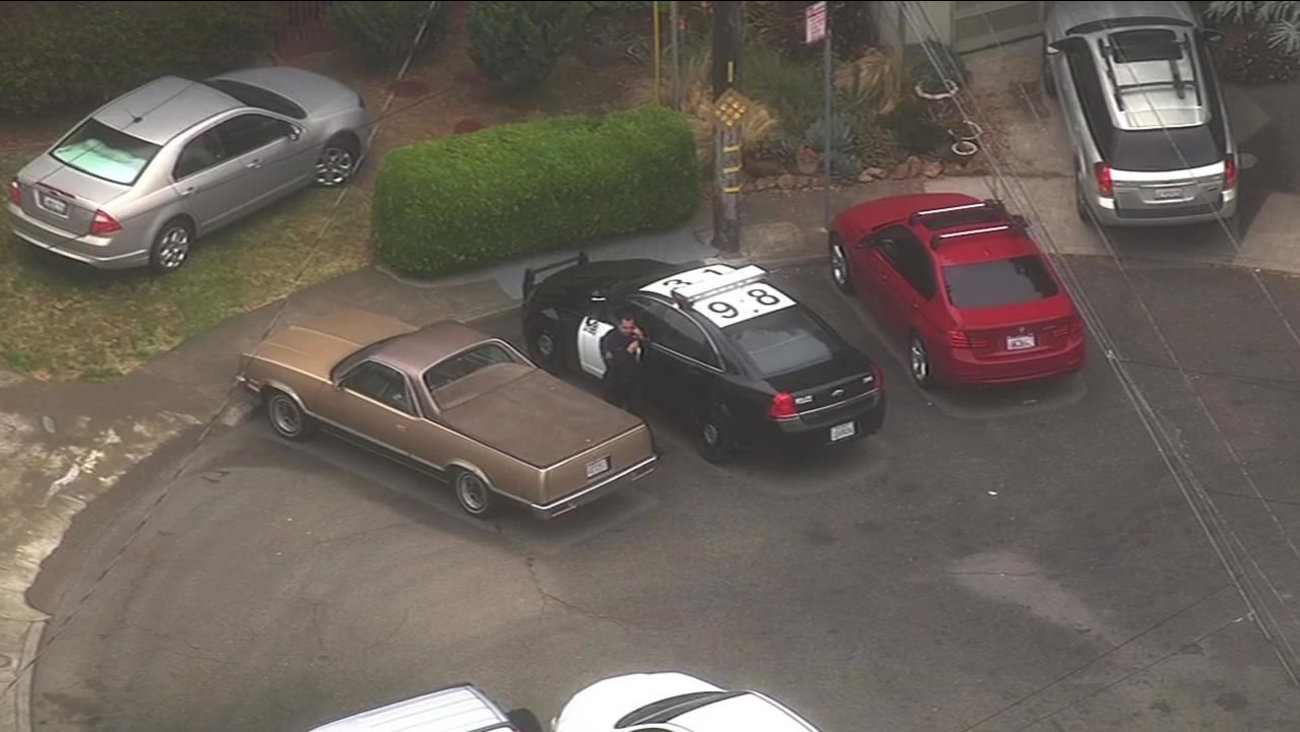 Oakland police used a helicopter to arrest two suspects accused of a string of armed robberies in East Oakland on Tuesday, May 26, 2015. (KGO-TV)

The suspects were first spotted just before 9 a.m. when an Oakland school police officer attempted to stop them in a vehicle at Fruitvale Avenue and Davis Street, according to Oakland police spokeswoman Officer Johnna Watson.

They matched the descriptions of suspects in a string of more than a half dozen armed robberies that took place this morning, mostly in East Oakland and the Fruitvale district.

The suspects, who were armed, fled from the vehicle on foot. Police set up a perimeter and began searching the area with the help of a helicopter crew, which tracked the suspects from the air.

With the help of the helicopter crew and phone calls from residents reporting suspicious activity and noises in the area, police were able to track the suspects to an unoccupied house in the 2300 block of Mitchell Street.

Police surrounded the house, called the suspects out and were able to take them into custody without incident. Officers this morning were searching the house for two guns thought to have been used in the robberies and have located some items stolen from victims.

Watson said the suspects' identities have not yet been released, and police are still working to determine exactly how many robberies they might be connected to.