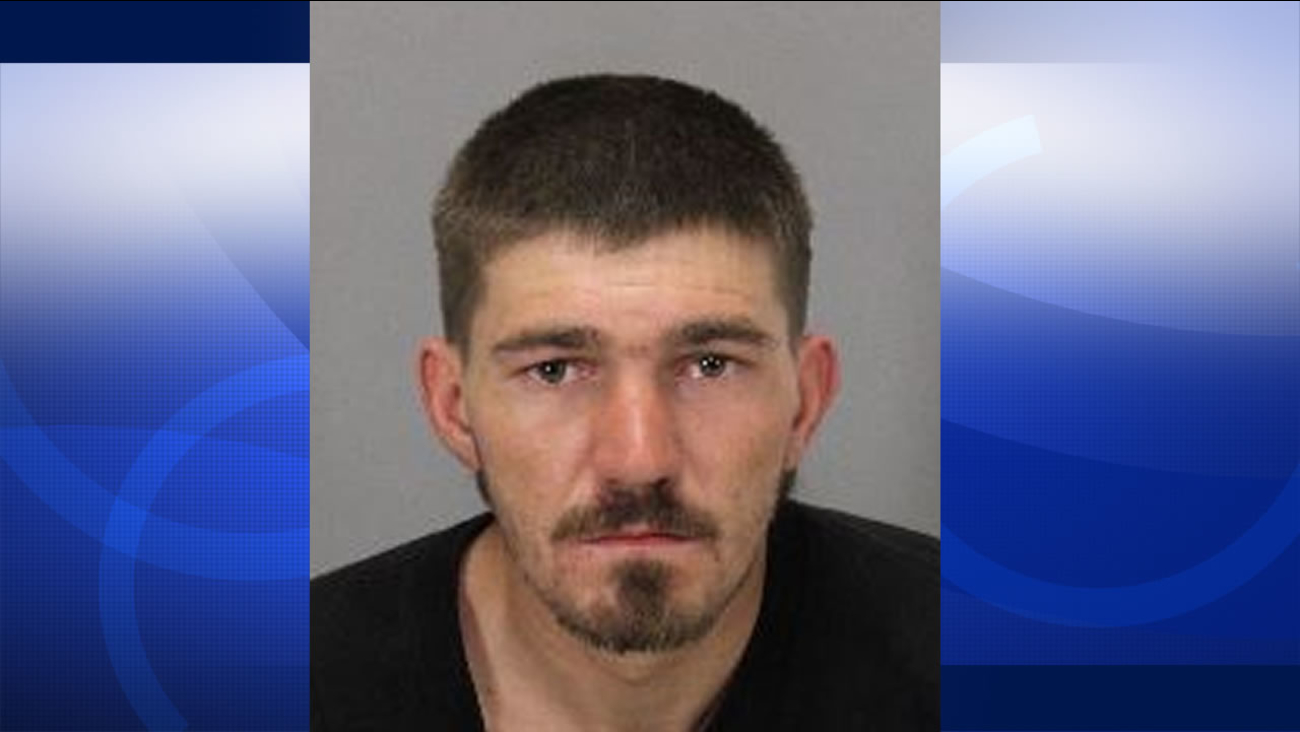 Inmate Eric Nelson briefly escaped from Santa Clara County Sheriff's custody Tuesday as he was being transported from jail to court, May 26, 2015. (KGO-TV)

Eric Nelson, 26, was handcuffed to another inmate on a bus from the Elmwood Correction Facility in Milpitas to the Terraine Courthouse in San Jose, Santa Clara County sheriff's Sgt. James Jensen said.

The courthouse is northwest of San Pedro Square Market and east of state Highway 87.

Nelson was scheduled to be in court today for drug charges on a warrant, Jensen said.

Around 1:10 p.m., Nelson allegedly got out of his handcuffs and managed to escape by squeezing between the bus and a chain-link fence that forms into a box attached to the courthouse, Jensen said.

Deputies pursued the suspect and captured him within minutes, he said.

Nelson was transported to a hospital to be treated for pain to his wrist, back and ankle, Jensen said.

One of the deputies involved in the pursuit suffered a minor injury and was also taken to a hospital as a precaution, according to Jensen.

San Jose police also responded to assist in the pursuit, he said.

Once Nelson is cleared from the hospital, he will booked into the county jail on suspicion of escaping from custody and resisting arrest, Jensen said.
Related topics:
san joseinmatessanta clara countyescaped prisoner
Copyright 2021 by Bay City News, Inc. Republication, re-transmission or reuse without the express written consent of Bay City News, Inc. Is prohibited.
TOP STORIES
3 Bay Area counties may be 1st to mandate masks again
Here's when to get tested for COVID-19 (even if you're vaccinated)
Here's how seawater could be answer to California's drought
Oakland family files lawsuit against driver of deadly hit-and-run
Texas deputy AG apologizes to Biles, calls her 'true patriot'
Gilroy Garlic Festival shooting victims add to existing lawsuit
6 confirmed dead in plane crash near Lake Tahoe, police say
Show More
Disneyland, Disney World will require guests to wear masks indoors
Simple step can thwart top phone hackers
Astronomers discover light from back of black hole for 1st time
Here's how, when to watch NBA Draft on ABC
CA recommends wearing mask indoors even if you're vaccinated
More TOP STORIES News