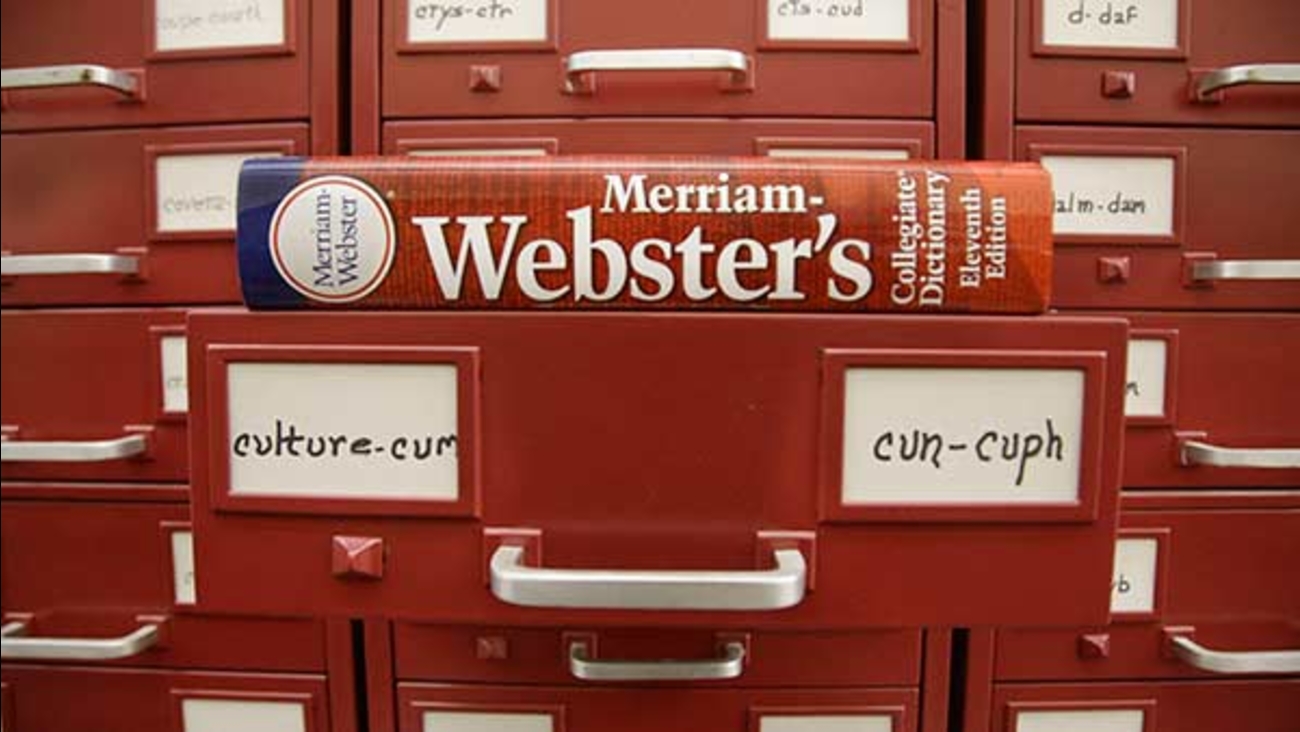 CHICAGO -- The dictionary got a little bigger Tuesday when Merriam-Webster announced it added 1,700 new word entries and expanded 700 entries to include new senses.

"Some of the new entries are for terms you've heard of and some likely aren't," the blog post from the editors said.

New entries include words and terms from the natural world, food, the medical community and the Internet. Readers may be surprised to find that some of the new entries, like "colony collapse disorder," "colossal squid," "neural feedback," "vocal fry" and "macaron," had previously been excluded from the dictionary. Others, like "NSFW" (an abbreviation meaning "not safe for work" or "not suitable for work") and "dark money" ("money contributed to nonprofit organizations that is used to fund political campaigns without disclosure of donors' identities") are more recent additions to the American vocabulary.

Here are some of the new Merriam-Webster entries and their definitions:

Net neutrality: (noun) the idea, principle, or requirement that Internet service providers should or must treat all Internet data as the same regardless of its kind, source, or destination

Emoji: (noun) any of various small images, symbols, or icons used in text fields in electronic communication (as in text messages, e-mail, and social media) to express the emotional attitude of the writer, convey information succinctly, communicate a message playfully without using words, etc.

Clickbait: (noun) something (such as a headline) designed to make readers want to click on a hyperlink especially when the link leads to content of dubious value or interest

Meme: (noun) an idea, behavior, style, or usage that spreads from person to person within a culture

Photobomb: (verb, transitive + intransitive) to move into the frame of a photograph as it is being taken as a joke or prank

Jegging: (noun) a legging that is designed to resemble a tight-fitting pair of denim jeans and is made of a stretchable fabric - usually plural
Related topics:
societyeducationbuzzworthy
Copyright © 2021 WLS-TV. All Rights Reserved.
TOP STORIES
3 Bay Area counties may be 1st to mandate masks again
Here's when to get tested for COVID-19 (even if you're vaccinated)
Here's how seawater could be answer to California's drought
Oakland family files lawsuit against driver of deadly hit-and-run
Texas deputy AG apologizes to Biles, calls her 'true patriot'
Gilroy Garlic Festival shooting victims add to existing lawsuit
6 confirmed dead in plane crash near Lake Tahoe, police say
Show More
Disneyland, Disney World will require guests to wear masks indoors
Simple step can thwart top phone hackers
Astronomers discover light from back of black hole for 1st time
Here's how, when to watch NBA Draft on ABC
CA recommends wearing mask indoors even if you're vaccinated
More TOP STORIES News