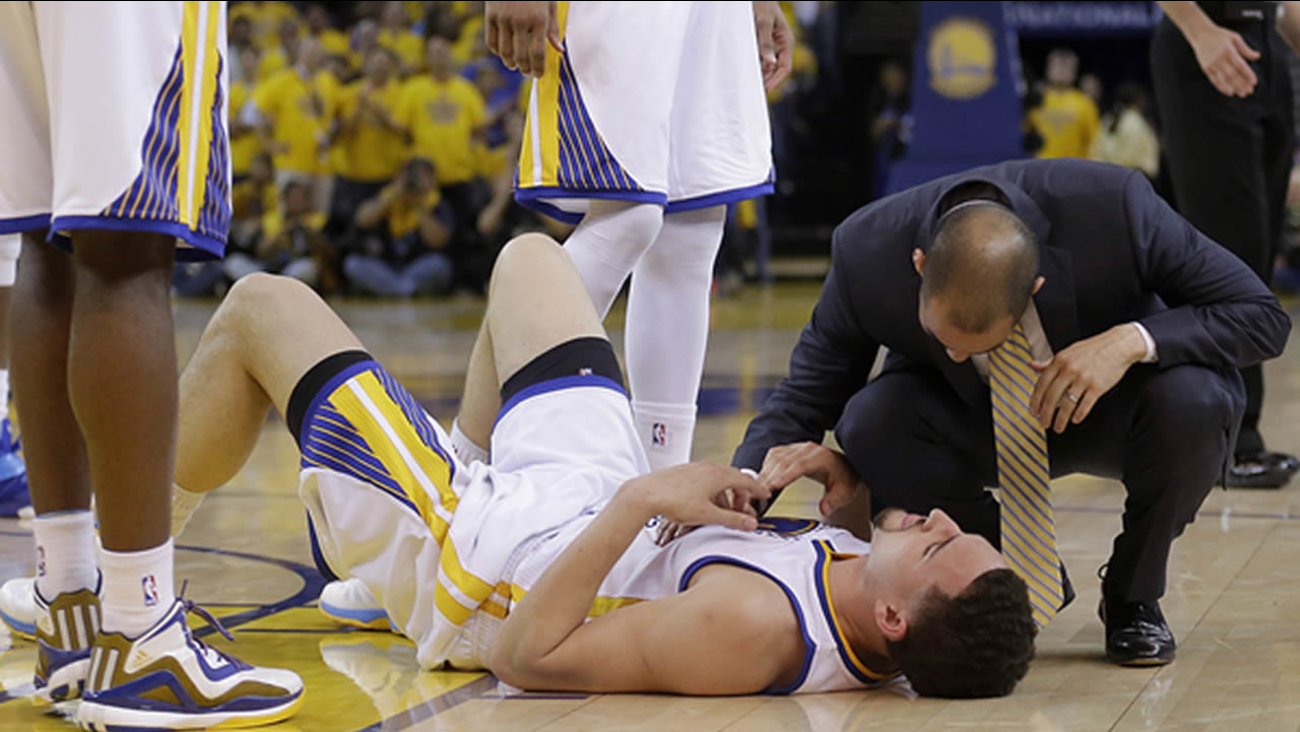 Warriors' Klay Thompson lays on the court after being injured during Game 5 of the NBA basketball Western Conference finals in Oakland, Calif., Wednesday, May 27, 2015. (AP Photo)

OAKLAND, Calif. (KGO) -- The Golden State Warriors confirmed Klay Thompson has been diagnosed with a concussion and will not return to court until he is cleared by league protocol.

Warriors say Klay Thompson has a diagnosed concussion. He will not return to court until he is symptom free, No timetable. #DubsOn7

Thompson has a concussion after getting kneed in the side of the head by Houston's Trevor Ariza.

Thompson was injured after he faked a shot and Ariza knocked him to the floor with a knee to the head in the fourth quarter of Game 5 of the Western Conference finals Wednesday night.

Thompson received stitches in his right ear and passed a concussion test during the game that would have allowed him to return. The Warriors did not need him as they won the game 104-90 to clinch the series.

The Warriors said Thompson developed concussion symptoms after the game and will be evaluated by the medical staff. Thompson must pass the concussion protocol before he can return to play.

The Warriors will face the Cleveland Cavaliers in the finals starting on June 4 only on ABC7. Game 1 will be on Thursday, June 4 starting at 5:30 p.m. PT.