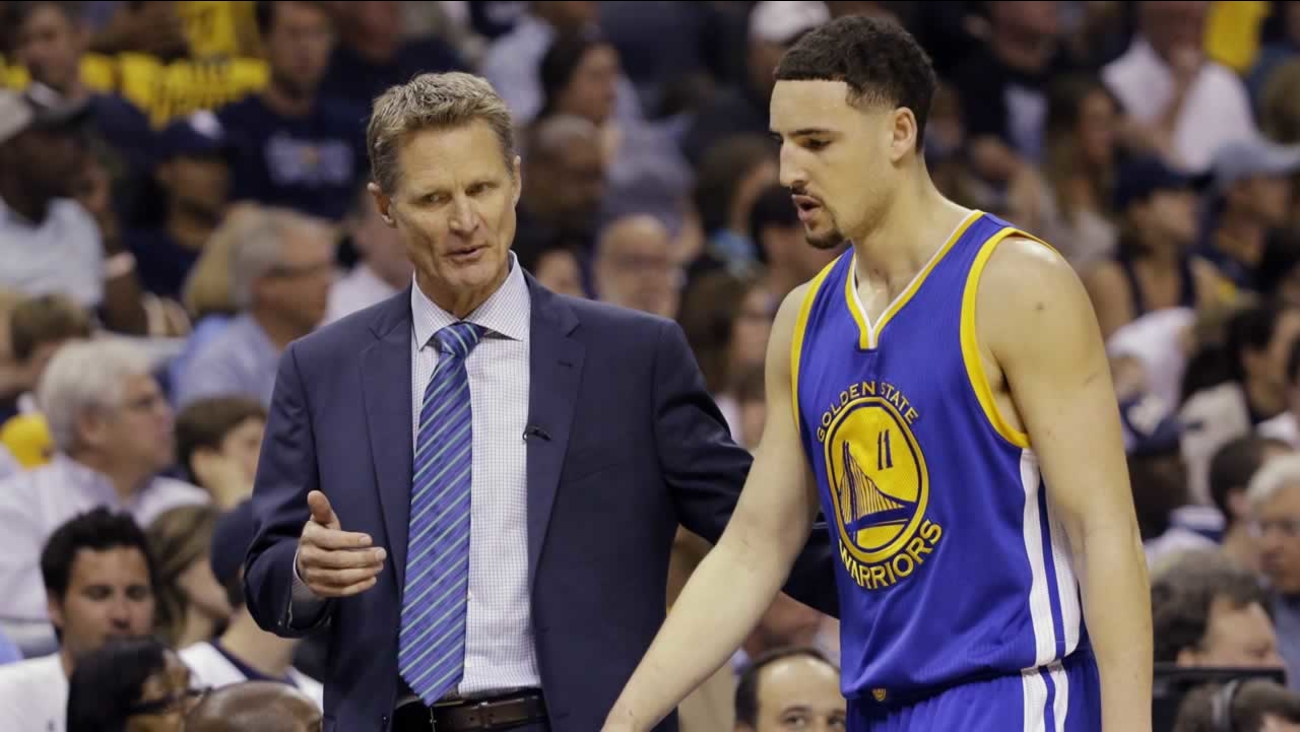 Warriors coach Steve Kerr talks to Klay Thompson during the first half of Game 6 of the Western Conference playoff series against the Memphis Grizzlies, Friday, May 15, 2015. (AP Photo/Mark Humphrey)

OAKLAND, Calif. -- Golden State Warriors guard Klay Thompson has been cleared to return after his concussion and play in the NBA Finals.

The Warriors announced after practice Tuesday that Thompson completed the NBA's concussion protocol and will be ready to play Game 1 on Thursday night against Cleveland.

The All-Star shooting guard was injured in the fourth quarter of Golden State's clinching victory in the Western Conference finals against Houston on May 27. Team doctors initially cleared Thompson to return to the game after he was kneed to the head. He ended up not playing, and the team said he started developing symptoms after the game.

Thompson was diagnosed with the concussion last Friday and missed two days of practice. He returned to the court on Monday and has been symptom free.