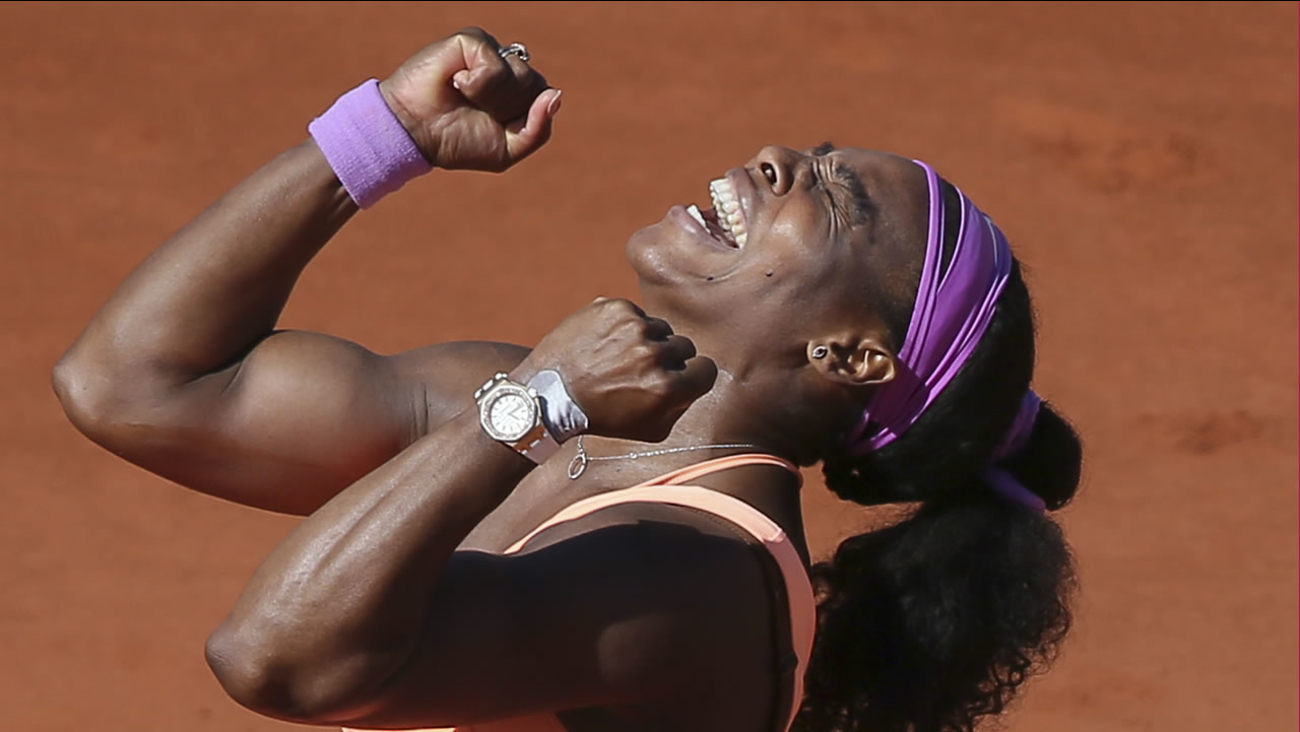 Serena Williams of the U.S. celebrates winning the final of the French Open tennis tournament against Lucie Safarova of the Czech Republic in Paris, France, Saturday, June 6, 2015. (AP Photo/David Vincent)

The top-ranked Williams took the last six games and added to her championships on the red clay of Roland Garros in 2002 and 2013.

She stretched her Grand Slam winning streak to 21 matches, following titles at the U.S. Open last September and Australian Open in January.

Only two women in the century-plus history of Grand Slam tennis have won more than the 33-year-old American: Margaret Smith Court with 24 titles, and Steffi Graf with 22.