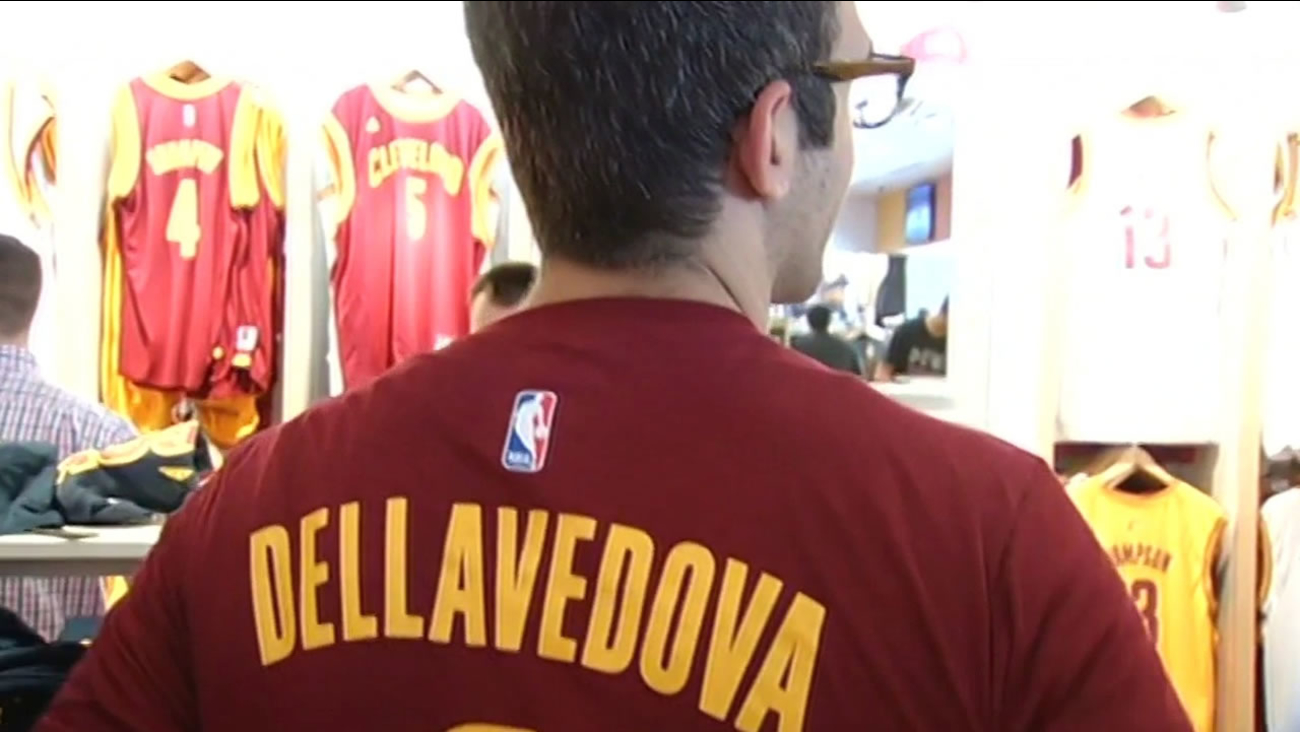 A fan shows off a Matthew Dellavedova shirt in Cleveland on June 9, 2015 ahead of Game 3 of the NBA Finals. (KGO-TV)

CLEVELAND (KGO) -- One player with the Cleveland Cavaliers has a Bay Area connection. And his profile has been heightened considerably since Cleveland's Game 2 win over the Golden State Warriors in Oakland on Sunday.

Forget LeBron James and all the better known names. In Cleveland, the hot shirt is the one with five syllables. It's former St. Mary's star Matthew Dellavedova, or "Delly" as he's fondly called.

"A Big Cleveland guy, I am," said Cavs fan Nick Giallourakis. "And he's a hard worker, and that's just the city."

Fellow fan Scott Minnig said, "They were promoting the Delly burger here in the Q and I've always admired how hard he plays."

Delly shirts were flying off the shelves in Cleveland on Tuesday.

Many fans told ABC7 News that they liked him before. But after Sunday's shutdown of Warriors star Steph Curry, Dellavedova is golden to Cavs fans.

When asked if he knew that Delly had a Bay Area connection, Cavs fan Nick Henkel said, "St. Mary's College, I know that. But once you become part of Cleveland, you gotta cut all ties elsewhere."

Fellow Delly fan Don Crump added, "Dellavedova has really stepped up and really played excellent. And I always tell people -- no matter who's in the game, if you play hard, good things happen."