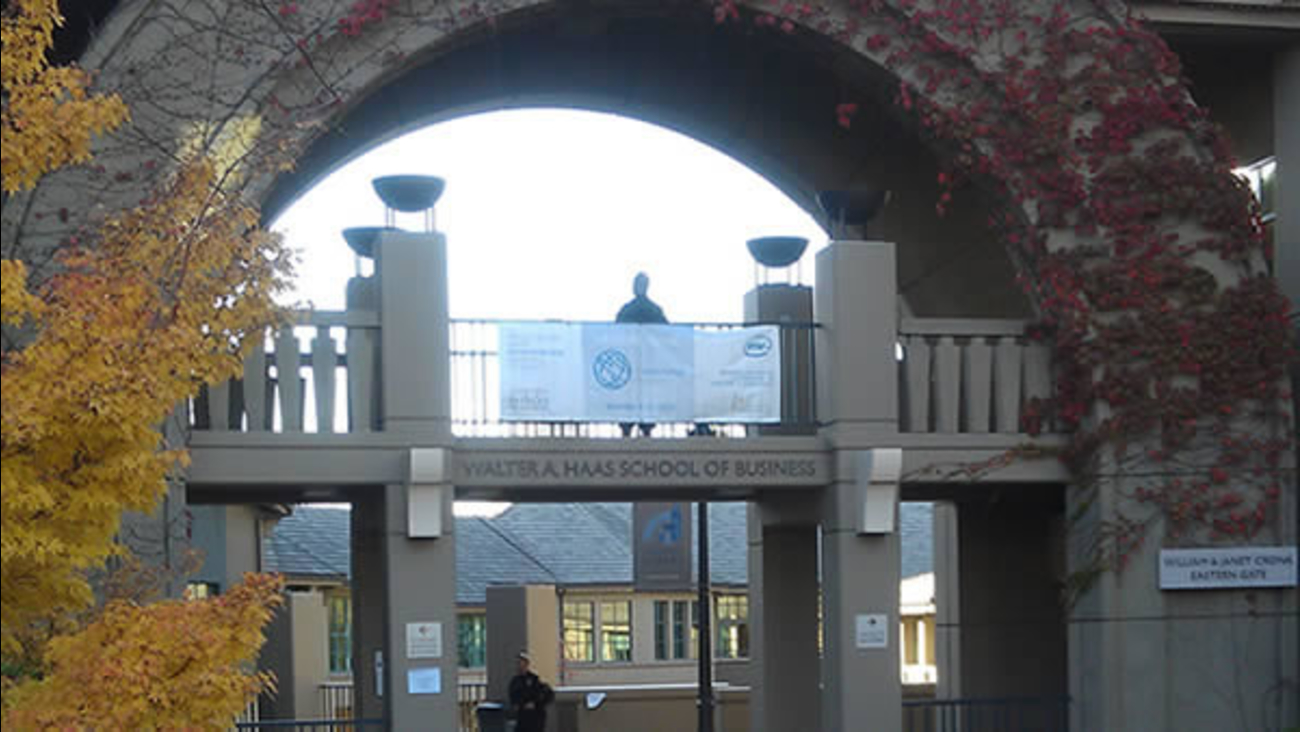 KGO
BERKELEY, Calif. (KGO) -- A man was shot by UC police officers inside the Haas School of Business on the UC Berkeley campus Tuesday afternoon.

UC police responded shortly around 2:15 p.m. to a report of a man with a gun inside the Haas School of Business. Police shot and wounded one suspect, now in custody, after confronting the man in a computer lab on the third floor.

Students and faculty were evacuated from the building and classes inside Haas were cancelled for the day. UC officials call it an isolated incident and say that there is no further danger to students.

University officials credit an alert staff member for notifying police when she thought she saw a gun in the man's backpack. Police say they confronted the man in the computer lab and told him to raise his hands. They opened fire after the man raised a gun.

The suspect is a 33-year-old man who has not been identified by police. He was transported to Highland Hospital but his condition is unknown. Police will not say if they have recovered a gun.

Tuesday evening Berkeley police interviewed witnesses. There were cameras in the computer lab and the shooting may have been recorded on video. Police are still working to confirm suspect's identity and how, if at all, he was connected to the university.

UC police and Alameda County investigators brought in students and employees and questioned them about what they saw and heard during the frantic moments. The third floor computer lab was still sealed off late Tuesday and was guarded by UC police officers.

"I mainly heard shouting and shooting...as soon as I heard the gunshots, I ran out of the lab," said Jed Hwang, a UC Berkeley student.

"I saw the police walk in and that's pretty much it. Then I heard shooting and then we all just ran out," said Ms. Chang, a UC Berkeley student.

"It was pandemonium. You have people running all over the place, nobody knows what's going on, it's bewildering," said Prentiss Douglass, a UC Berkeley student.

"When confronted, the suspect brandished a firearm toward the officers. For fear of their safety, one officer fired rounds at the suspect, injuring the suspect," said UC Berkeley Police Lt. Alex Yao.

Police say they have the man's handgun which he did not get a chance to fire.

"And then we got texts. We have a WarnMe system here and we got texts and of course information takes a while to come. So it was piecemeal coming and then we found out there was a shooter," said Erin Nelson, an UC Berkeley employee.

On the other side of campus, students and Occupy protesters are holding a large protest. Police say it does not appear the shooting was related to the protest.

UC Berkeley Chief of Police Mitchell Celaya says he believes the last time there was a shooting on campus was sometime in the 1980s and it did not involve officers.