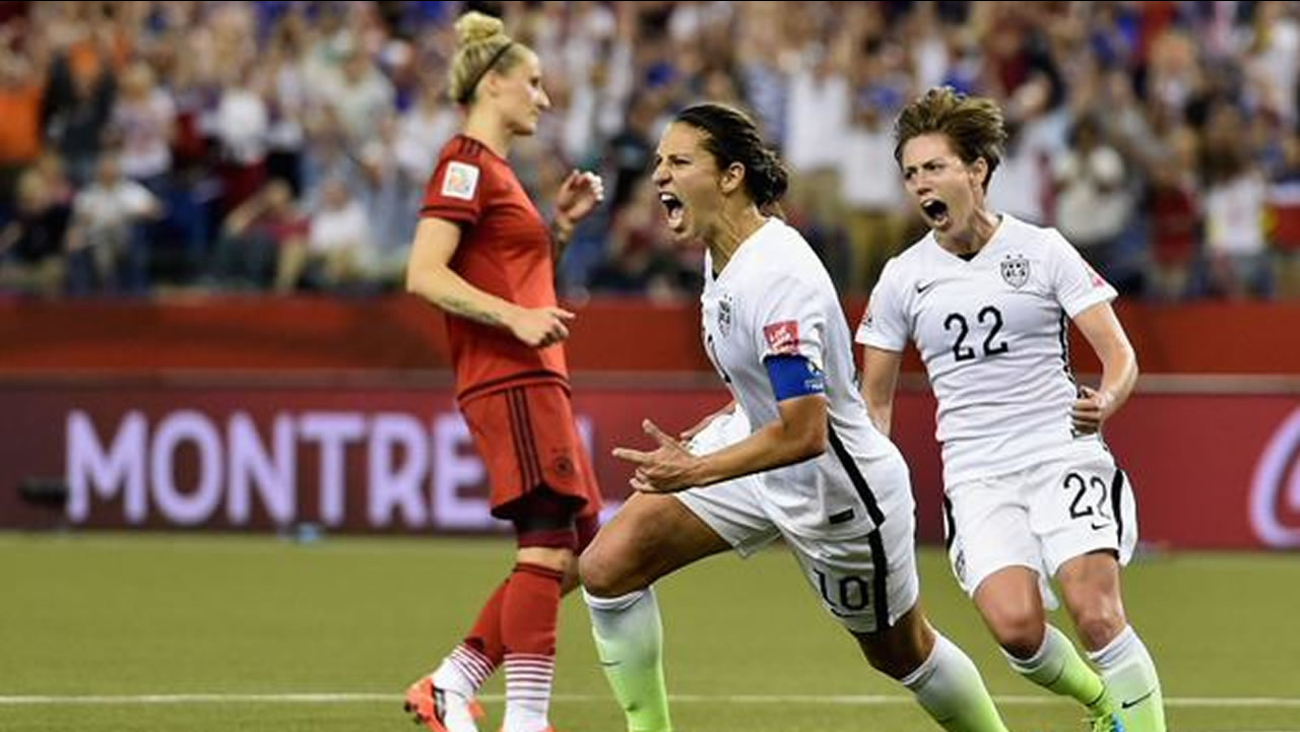 MONTREAL -- Carli Lloyd buried a penalty kick, Hope Solo got another shutout and the United States beat top-ranked Germany 2-0 on Tuesday night to advance to the title match at the Women's World Cup.

Lloyd's penalty kick in the 69th minute went into the right side of the goal less than 10 minutes after Celia Sasic shot wide on a penalty kick for Germany.

Solo has posted five straight shutouts for the United States in the tournament. Kelley O'Hara came in off the bench and scored in the 85th minute, delighting the pro-American crowd.

The second-ranked United States will play the winner of Wednesday night's match in Edmonton between defending champion Japan, ranked No. 4, and sixth-ranked England. The final is set for Sunday at Vancouver's BC Place.

On to the World Cup final! The USA knocks off top-ranked Germany 2-0; will play for the title Sunday. #USAvGER pic.twitter.com/NsorqKw5Fv

The victor of all 3 previous #USAvGER Cup matches went on to win it all. On Sunday, the #USWNT can make it 4-for-4. pic.twitter.com/sWccRtPspc

USA hasn't won a World Cup since that magical 1999 run. On Sunday, they'll try to become the first country to win 3. pic.twitter.com/8Wl8O3zoLP

THAT'S IT! #USA are headed to their fourth #FIFAWWC final. http://t.co/cDut9poF8V pic.twitter.com/MTDhBNSBze

Celebrations from #FanHQ in Chicago and Montreal as @CarliLloyd buried that PK!! #Believe https://t.co/ngJBFawEBt 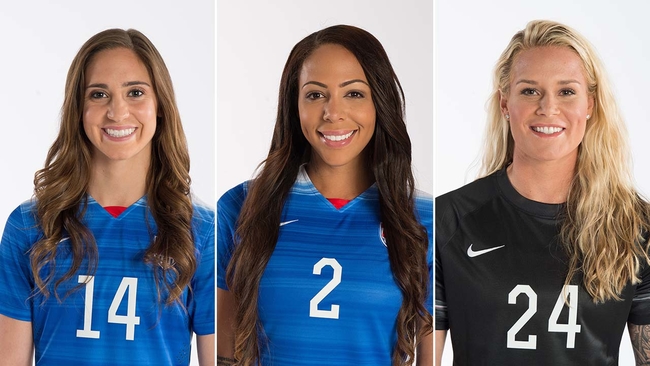 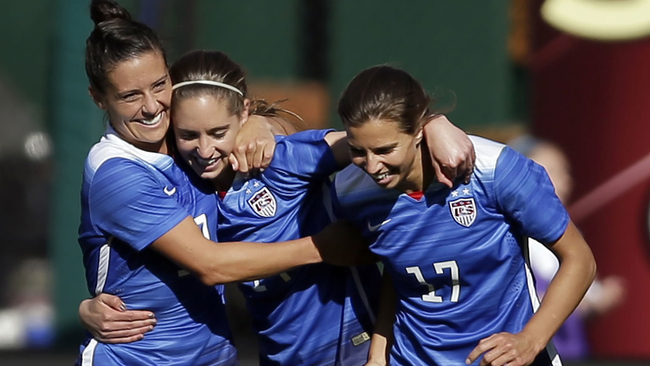 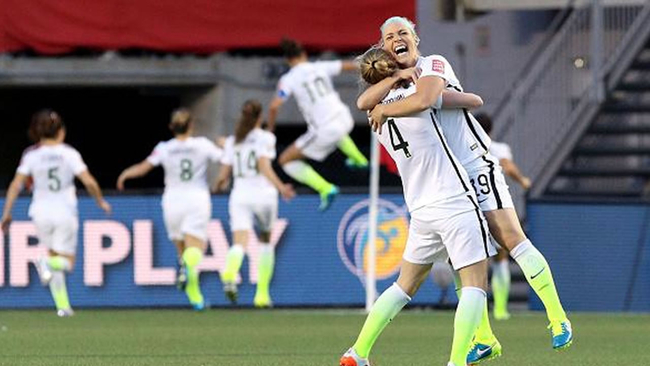