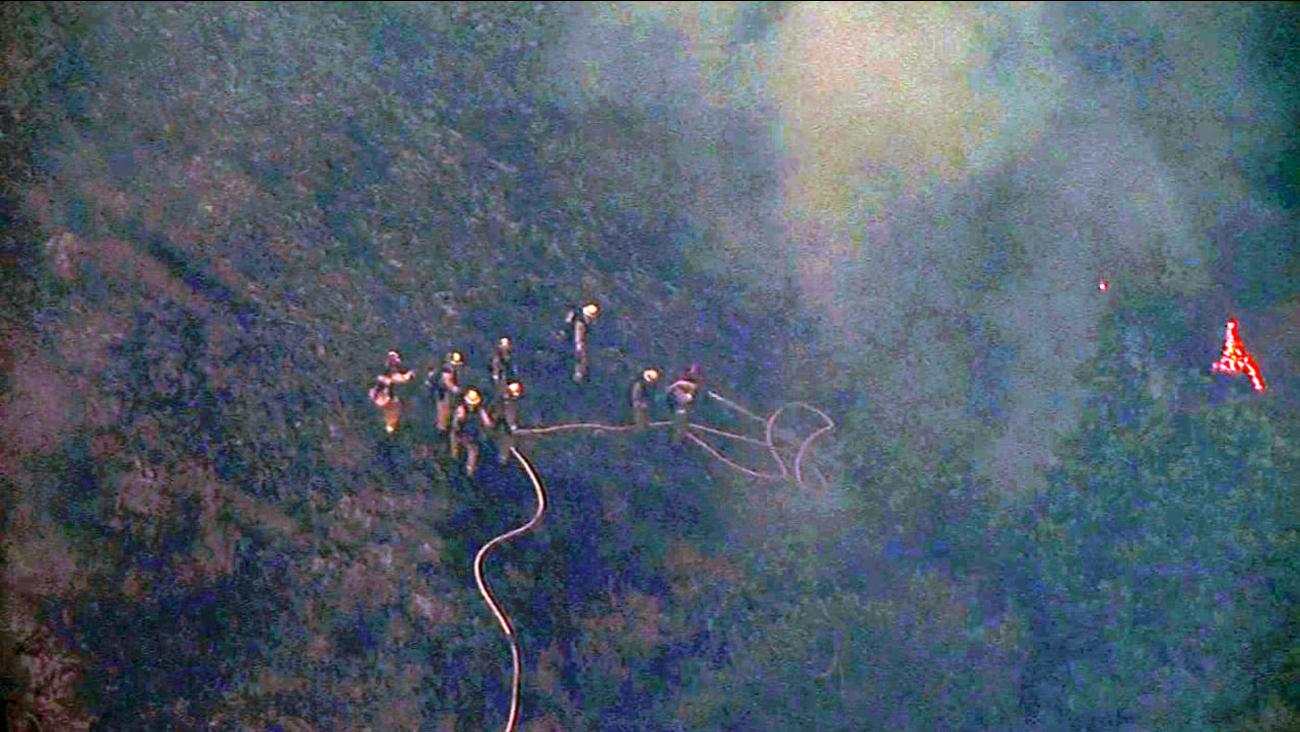 ALAMEDA COUNTY, Calif. -- A 20-acre brush fire is burning near the Sunol Regional Wilderness this morning in Alameda County, according Cal Fire.

Knowles said it's possible more than one lightning strike started the fire, which multiple people reported. So it could have started in more than one location, she said.

Firefighters are working in heavy brush and firefighters had the fire 20 percent contained as of about 8:50 a.m., a Cal Fire official said.

She said firefighters do not know when the fire will be 100 percent contained.