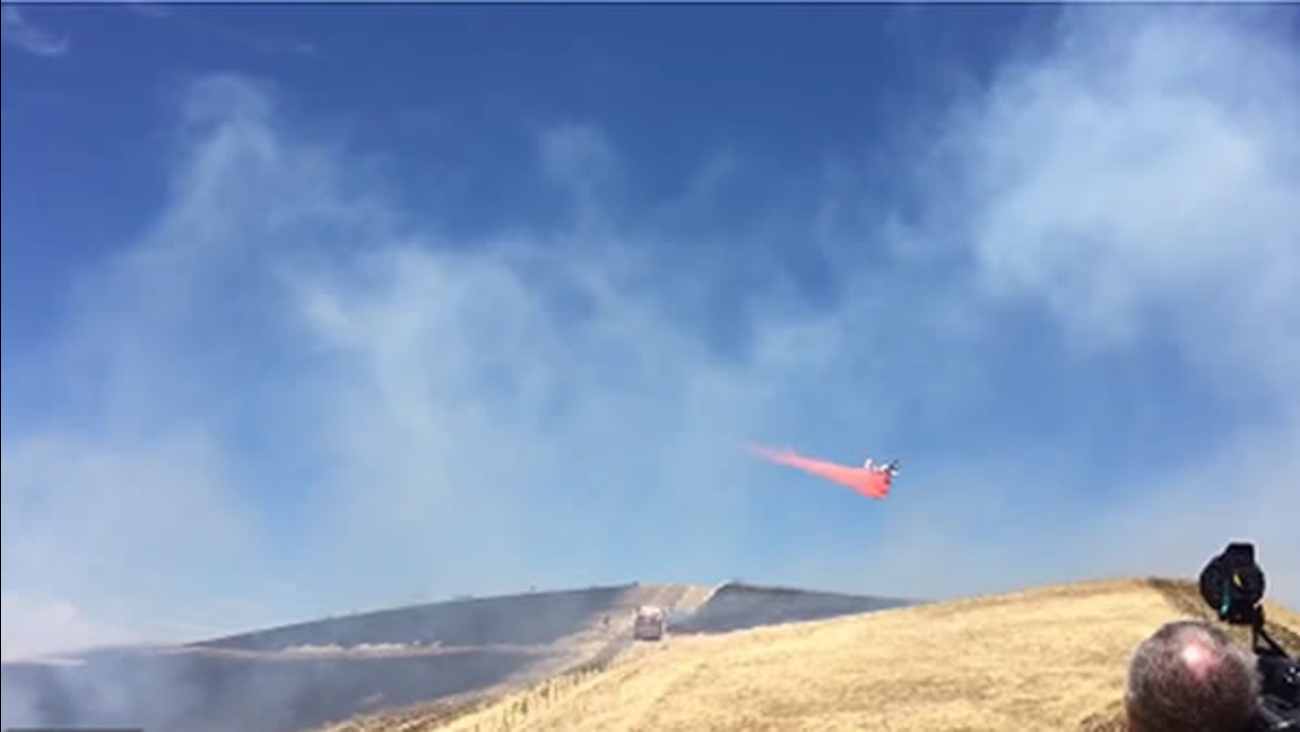 This screenshot is from a video tweeted by Contra Costa Co. Fire of a two-alarm, 35-acre vegetation fire that burned near Evora Rd. in Bay Point, Calif. on Tuesday, July 7, 2015 (KGO-TV)

Firefighters responded around 1:15 p.m. to a report of a fire in the 4700 block of Evora Road, Fire Inspector Steve Aubert said.

Aubert said no structures were damaged in the fire and no injuries were reported.

A second, 2-acre fire is also burning nearby, crews confirm.