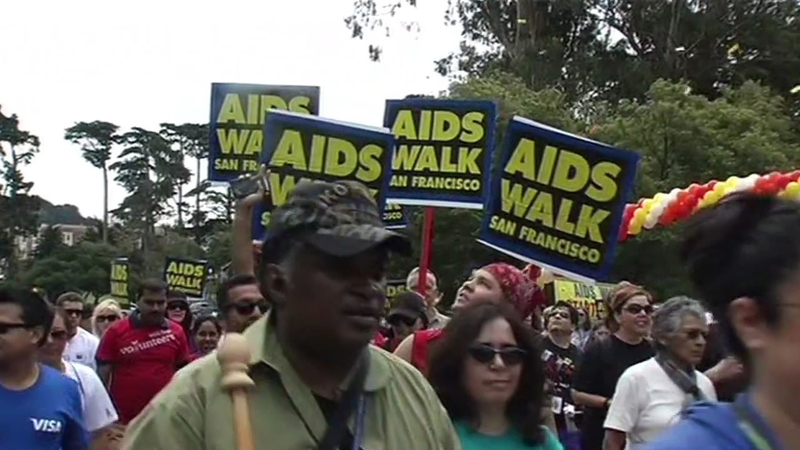 SAN FRANCISCO (KGO) -- This year's AIDS Walk San Francisco raised $2.2 million for local organizations serving people who are living with AIDS. ABC7 has been a proud sponsor of the event for the past 28-years.

There were some 20,000 walkers participating in Sunday's event. 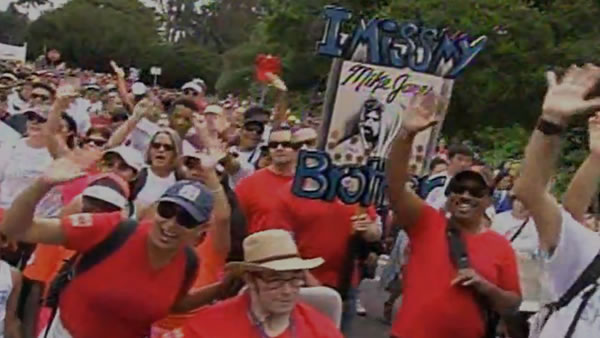 Putting more steps between the present and the dark days of the AIDS epidemic doesn't mean we've reached the finish line says Troy Burnet who has been positive for more than 20 years.

"People still need to be tended to and they don't realize that this disease is still running rampant in this country and in the world," Burnet said. 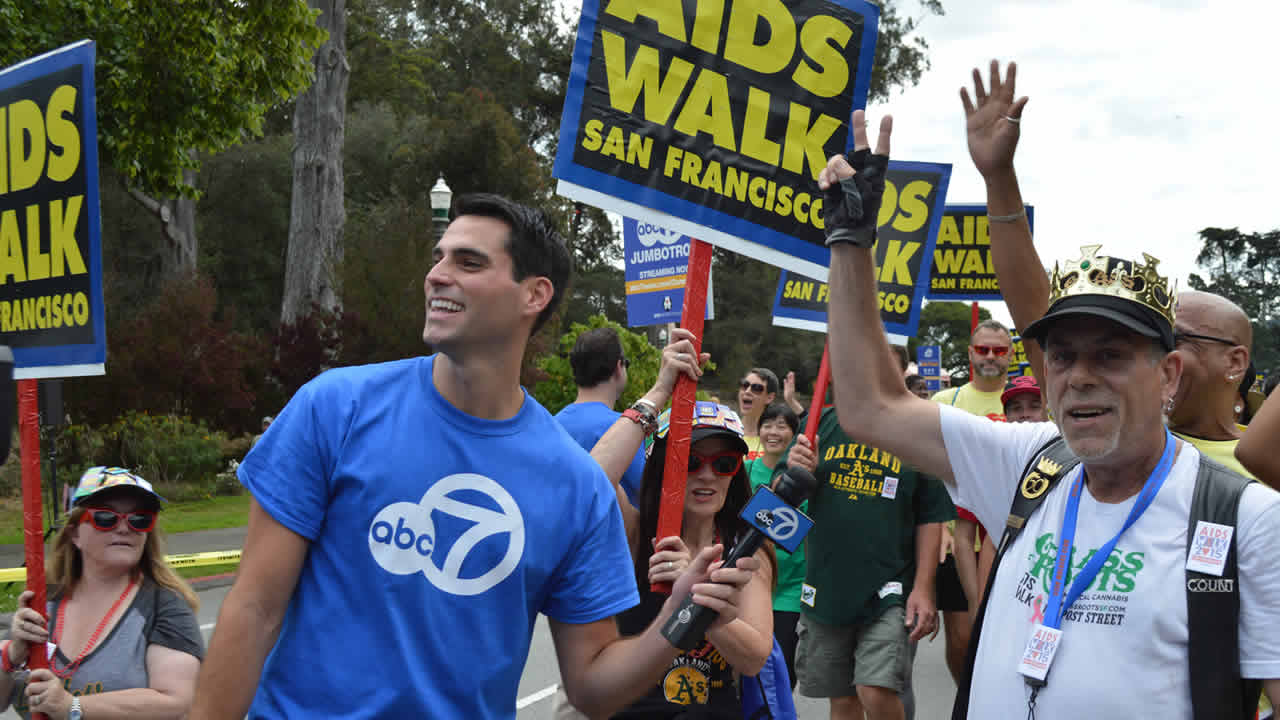 Many local organizations benefit from the money raised by AIDS Walk San Francisco.

"We have more older people now living with AIDS and the problem is that they're taking very harsh drugs and so that can cause negative side effects. So the problem has a different face to it, but it's still very real," said Janet Goy of Community Awareness and Treatment Services.

Great strides have been made notes emcee ABC7 News' Dan Ashley. "The rate of infections has been cut by more than a third," Ashley said at Sunday's event.Thanks in part to research funded by the event. UCSF's teams are the top fundraisers bringing in more than $100,000 this year.

"For many of us it's personal. We've lost people and it motivates us to want to have a cure," said Jennifer Mannix of UCSF.

It's a cause worth coming back to. Craig Miller organized the first walk and every one since.

"One looks around and says 'What needs to be done? How can I make a positive difference in the world?'" Miller said. "If we weren't going to do this who would do it?"

He's most proud of the young people who make the 10-kilometer trek through Golden Gate Park, the generation that won't stop walking and working towards a cure.

Volunteers & walkers gearing up for the 29th Annual @aidswalksf join us live at 9 on @abc7newsBayArea #mapit ☀️ pic.twitter.com/LpdkdE3LEd