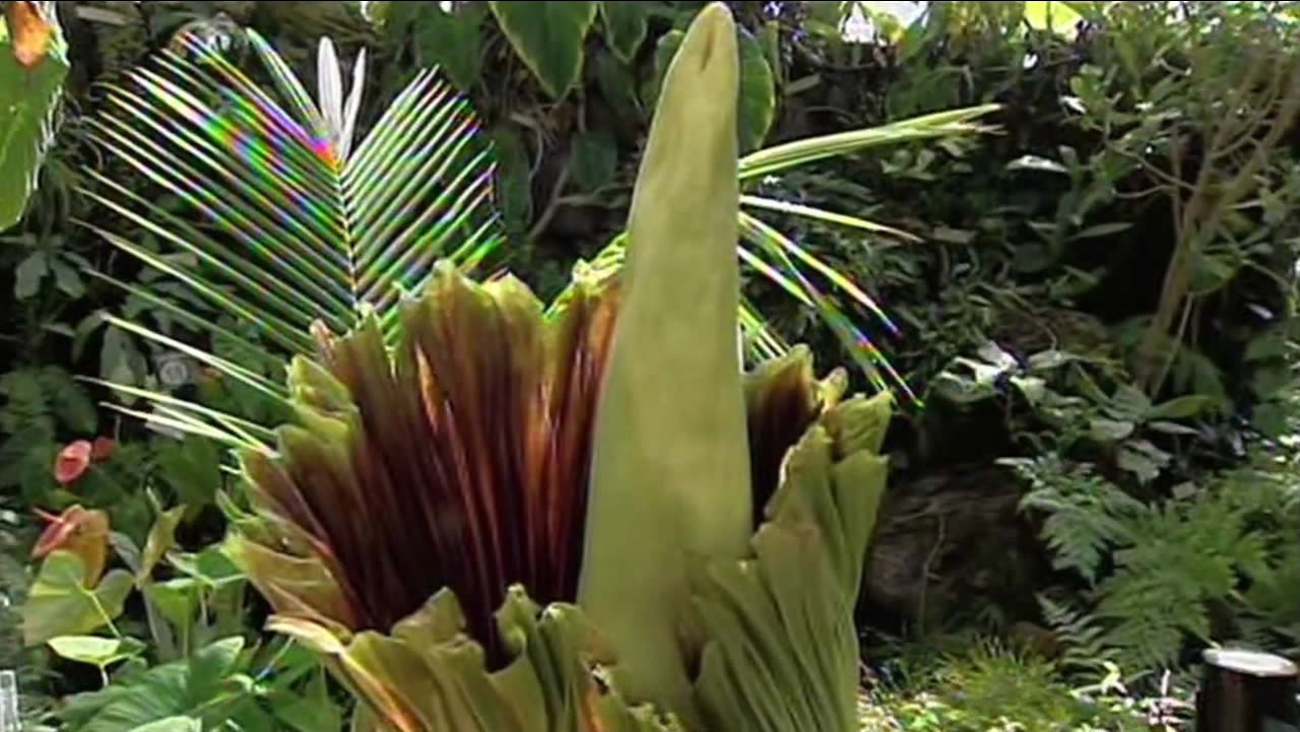 BERKELEY, Calif. -- Trudy the Titan Arum has bloomed at the University of California Botanical Garden at Berkeley.


Trudy opened a little Saturday evening at about 6 p.m. and was flowering more at about 9 p.m. when garden officials left for the day, associate director for visitors services Jonathan Goodrich said.


The odor was fading and could be smelled only near the plant as of about 3:45 p.m. today, he said.

A litte of TRUDY's history. This titan came from a seed collected in Sumatra in 1995. It has been blooming every... http://t.co/DX9X7qHX5R