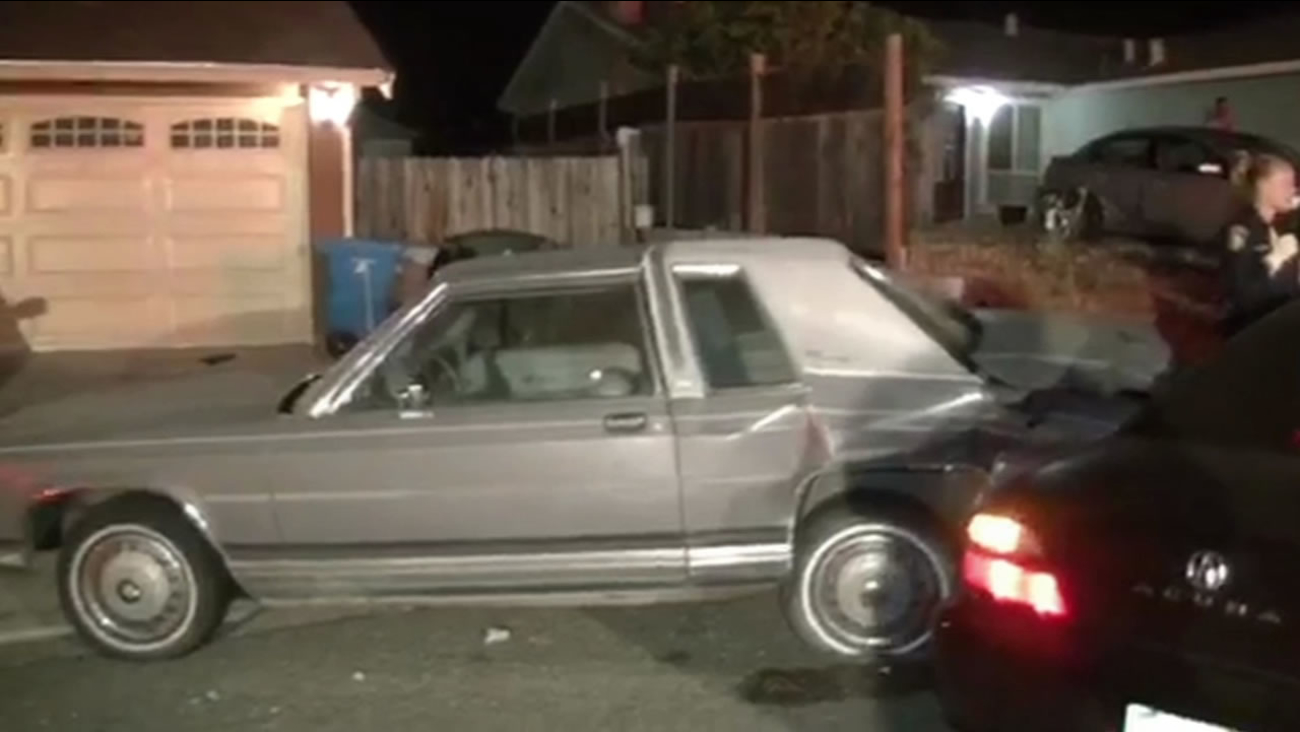 Police are investigating the death of driver who crashed into several parked vehicles in Vallejo, Calif. on Sunday, July 26, 2015. (KGO-TV)

VALLEJO, Calif. -- Police are investigating the death of driver who crashed into several parked vehicles in Vallejo Sunday night as a homicide.

At 9:48 p.m., police received a call reporting a shooting on Redwood Parkway at Oakwood Avenue, according to police.

Immediately after, at 9:50 p.m., police received a second call to report a vehicle collision at the intersection of Redwood Parkway and Glenview Circle, police said.

When police arrived, they located a vehicle near Redwood Parkway and Glenview Circle that collided with several parked cars, before coming to a rest, police said.

Emergency crews pronounced the vehicle's driver dead at the scene. Police are withholding the identity of the driver, pending the notification of next of kin, according to police.