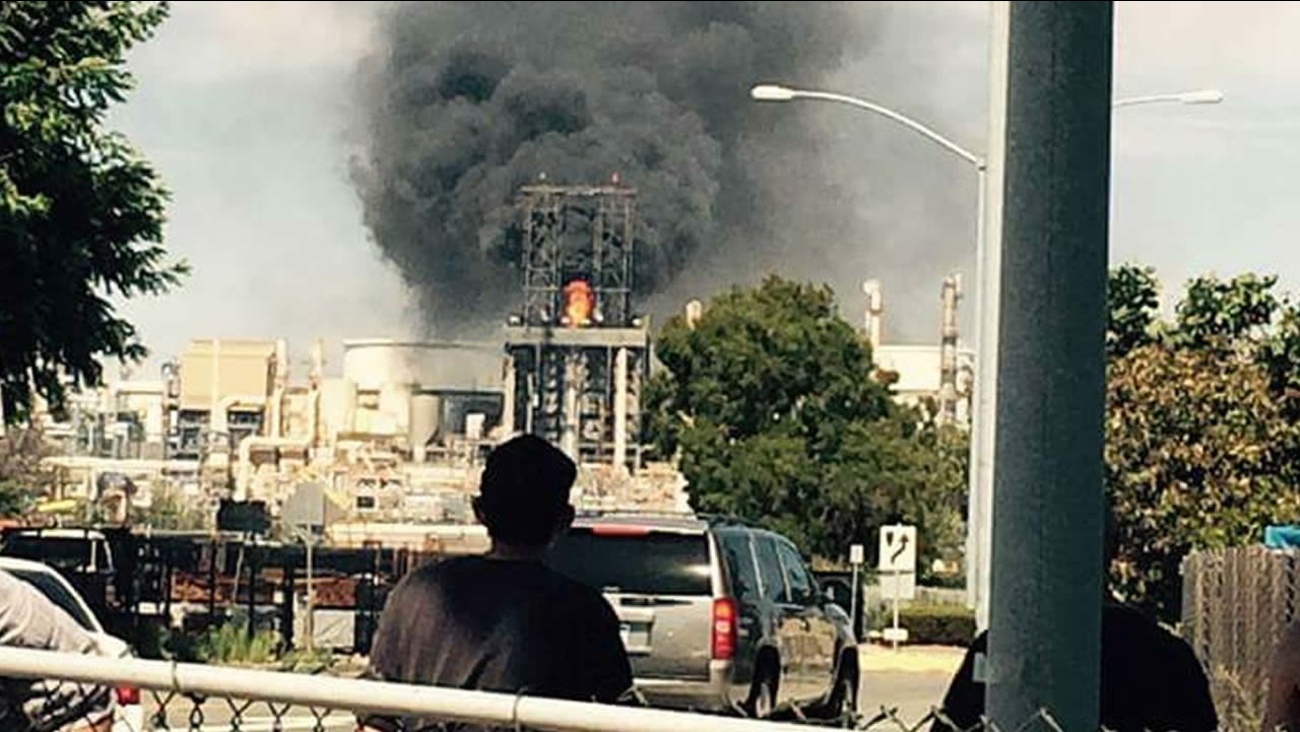 This photo shows smoke from a fire at the Phillips 66 refinery in Rodeo, Calif. on Sunday, August 2, 2015. (Jason Sutton/Twitter)

Hazmat officials lifted the alert at 4:58 p.m. after firefighters extinguished a fire at the Phillips 66 refinery at 1380 San Pablo Ave.

Hazmat officials issued the health advisory after they received a report at 3:13 p.m. of a flare up at the refinery, chief environmental health and hazardous materials Officer Randy Sawyer said.

The fire started at about 3 p.m., Adler said. The fire caused no injuries, he said.