1 dead, 1 injured after car crashes into tree in Sonoma County 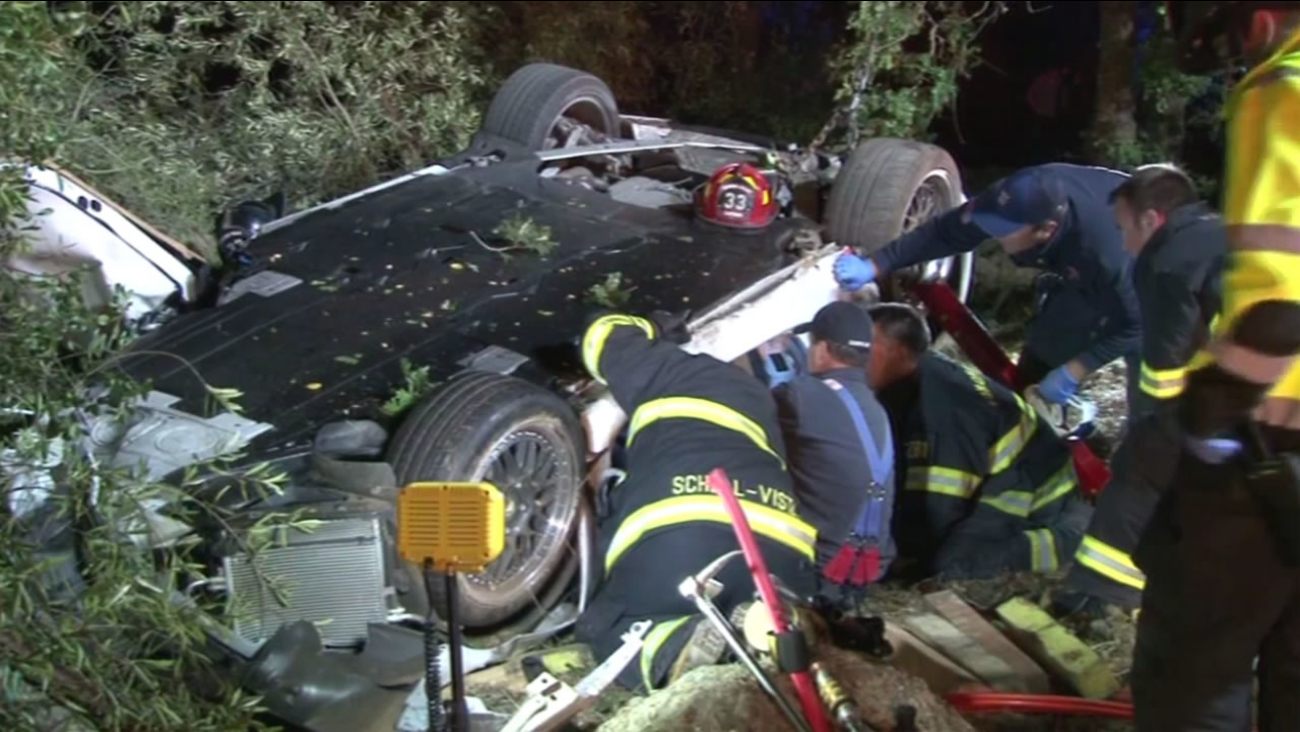 Rescuers help extricate to two men from their car after they crashed into a tree in Sonoma County, August 8, 2015. (KGO-TV)

SONOMA COUNTY, Calif. (KGO) -- A Mountain View man died on the scene of a single-vehicle crash that occurred late Friday night near Sonoma, according to the CHP.

The incident was reported at 11:54 p.m. in the 18000 block of Seventh Street north of Castle Road, in unincorporated Sonoma County.

A 2010 Porsche Cayman hit a tree and went airborne, rolling over and coming to a rest on the vehicle's roof after hitting a fence and a second tree. The vehicle sustained major damage and two men were trapped inside, according to the CHP.

The driver, a 28-year-old Mountain View resident, died on the scene due to injuries suffered in the crash. A passenger, identified only as a 28-year-old New York resident, was extracted from the vehicle and flown to a hospital with major injuries to his head and neck, according to the CHP.

The driver has not yet been identified, but investigators say that alcohol may have been a factor in the crash.