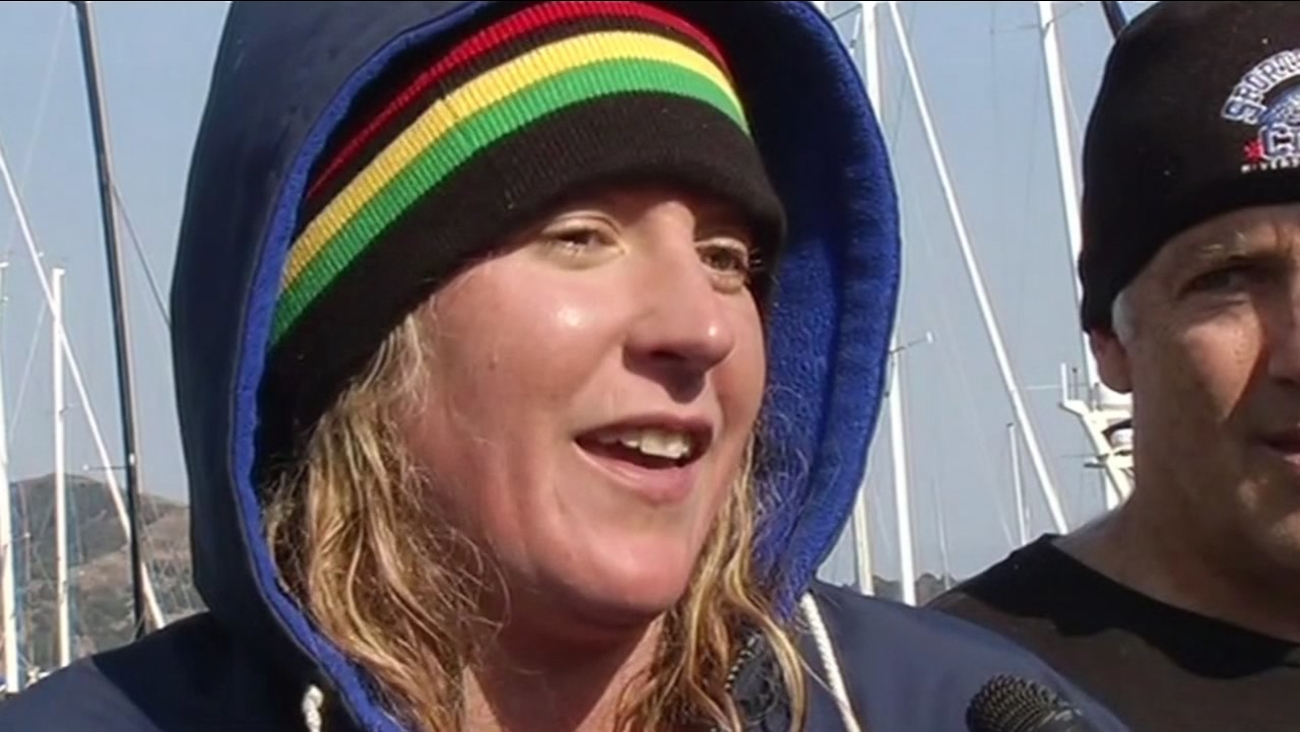 Kim Chambers, 38, became the first woman to complete the swim from the Farallon Islands to San Francisco on Saturday, August 8, 2015. (KGO-TV)

SAN FRANCISCO (KGO) -- The first woman to swim from the Farallon Islands to San Francisco spent the night in the hospital after her historic feat.

She was followed by a boat carrying her mother and about 16 crew members who watched for dangers.

"I had my whole crew just giving me the thumbs up. I can see the bridge and when you can see that you know have to get there," Chambers said. "I definitely had to dig really, really deep."

On the boat with Chambers was Simon Dominguez, her training partner, who attempted the swim last week but fell short by three miles because of a shark. 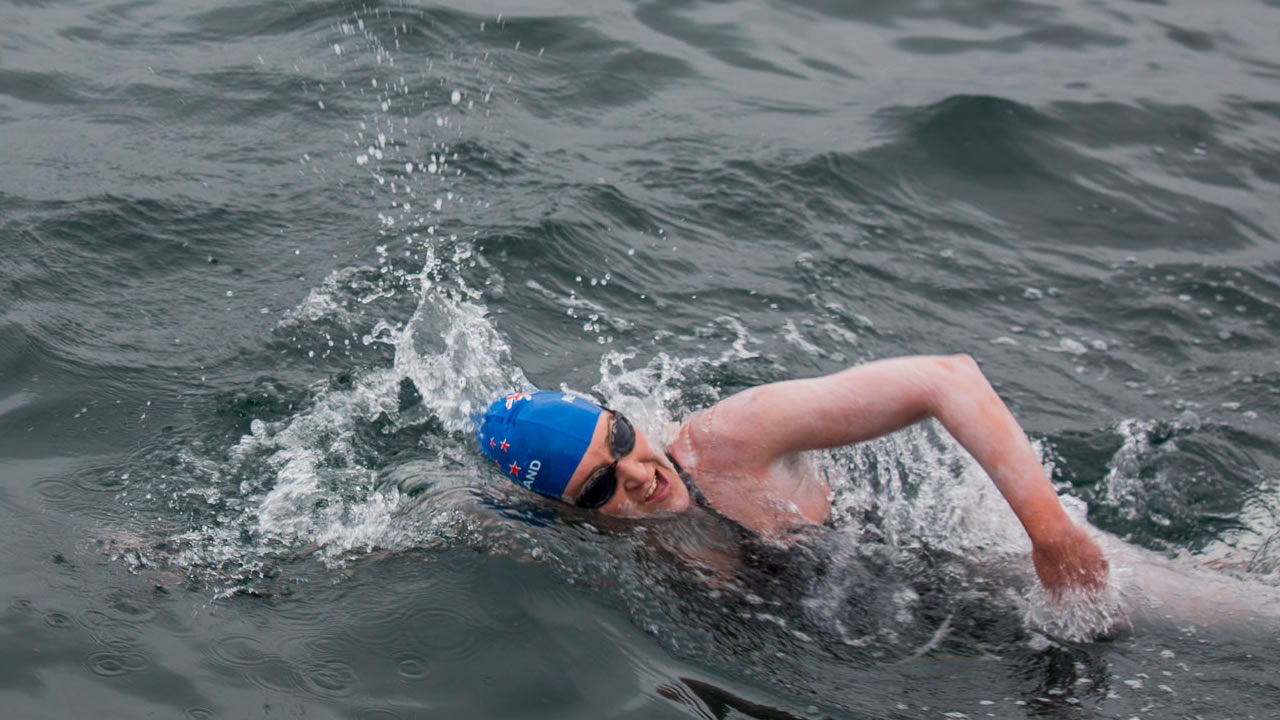 The 38-year-old was taken to the hospital after the swim for dehydration and received four IV bags. She's now resting at home.

Chambers became the first woman to complete the treacherous swim. Previously, the feat was accomplished by just four men.

Last month, Chambers posted a video on Vimeo of her swimming in the Farallones, which is a 30-mile stretch of water.

We just crossed the #GoldenGateBridge I wonder how many people walking over it realize history is about to be made below? #KimSwims