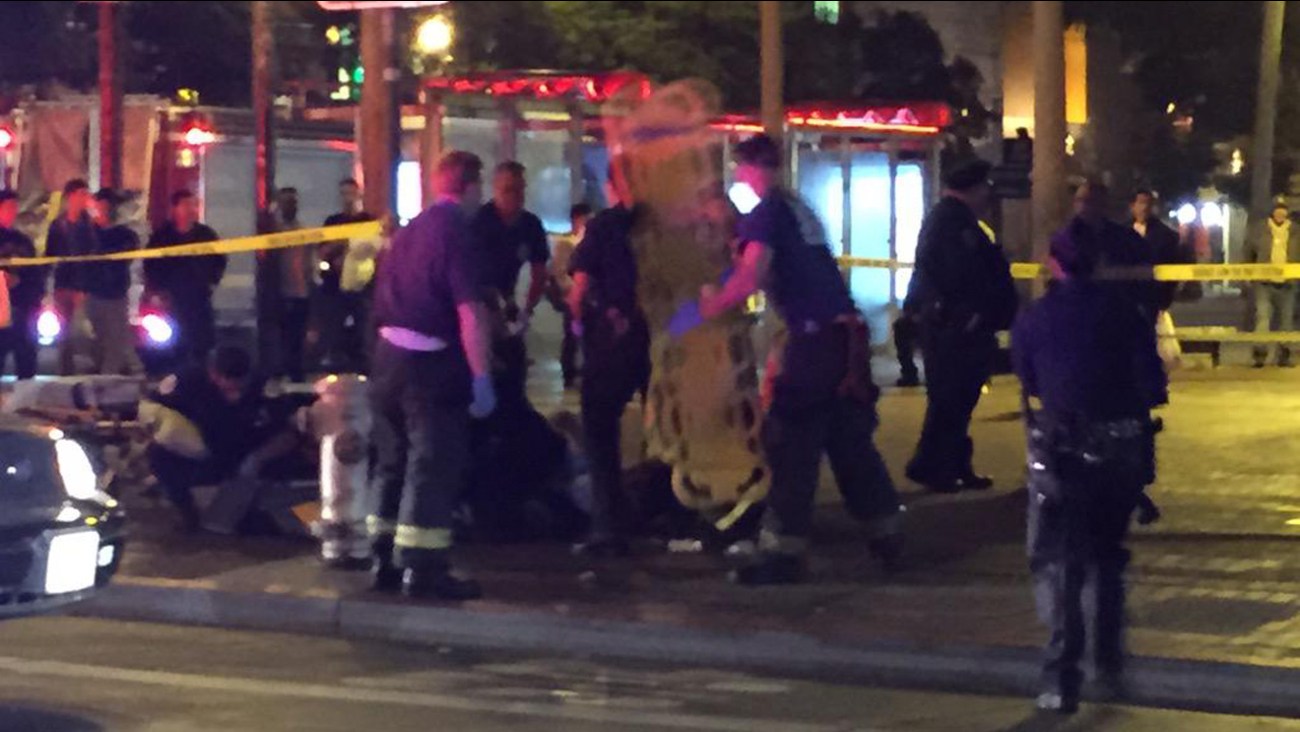 SAN FRANCISCO -- Two men were taken to a hospital with life-threatening injuries Monday night after a shooting in San Francisco's Inner Mission, according to police.

The incident was reported around 10:15 p.m., and responding officers found a crime scene in the vicinity of Bartlett and 24th streets.

Investigators believe the suspect or suspects may have been in a vehicle, but there is no suspect description available and no arrests had been made as of 11 p.m., police said.

Anyone with information about the shooting is asked to call the Mission Station Investigation Team at (415) 558-5400. Anonymous tips can be called in at (415) 575-4444.
Related topics:
san franciscocrimeshootingsfpd
Copyright 2020 by Bay City News, Inc. Republication, re-transmission or reuse without the express written consent of Bay City News, Inc. Is prohibited.
More Videos
From CNN Newsource affiliates
TOP STORIES