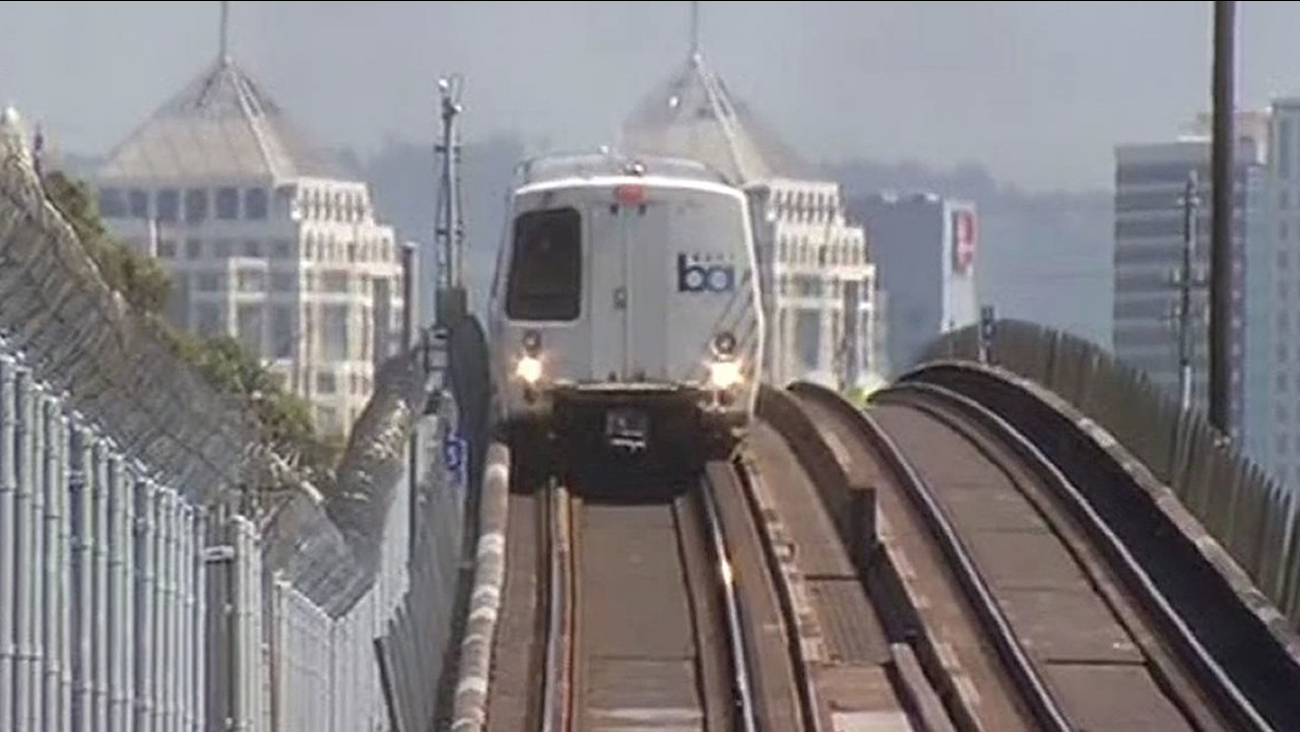 SAN FRANCISCO -- BART directors voted unanimously this week to approved an "Art in Transit" program that they hope will make the transit system's stations and riding experience more inviting and vibrant.

The program will preserve BART's existing collection of 50 artworks and bring more art to the transit system by creating a 15-year systemwide arts master plan for art.

The program will begin with a five-year work plan that will identify short-term projects and fundraising goals, BART directors said in voting for the program at their meeting on Thursday.

Among the possibilities being considered are additional permanent art in stations, artistic design, murals on trackways and temporary art with rotating displays.

BART officials initially had called for setting aside for art 1 percent of construction costs at stations and 0.5 percent of the price of capital improvements on rail lines and at maintenance shops and yards.

But the board of directors didn't approve any funding on Thursday. Instead, BART staff will finalize a needs assessment to present to the board at a later date before it considers a funding strategy.

The Art in Transit program will be administered by an art program manager will help the transit system maximize its investment in art and leverage private funding, BART officials said.

Currently, there are nearly 50 works of art throughout the BART system, including sculptures, mosaic tiles, glass, photography, terrazzo, murals and other media.

BART says its collection includes artworks initiated by the community as well as pieces commissioned from Bay Area, national and international artists.

New works of art have been installed in both Oakland airport connector stations, as well as the Warm Springs/South Fremont Station that is now under construction, BART officials said.

BART Director Robert Raburn of Oakland said in a statement, "There is no better way to put the thumbprint of a community on our stations than to incorporate community artist into the process."

Director Nick Josefowitz of San Francisco said, "This art policy has been a long time in the making and this is an incredibly important step to taking it forward and making it a reality. I look forward to seeing huge changes to our stations and in our trains going forward."
Related topics:
trafficartsocietytrainsbart
Copyright 2021 by Bay City News, Inc. Republication, re-transmission or reuse without the express written consent of Bay City News, Inc. Is prohibited.
TOP STORIES
How hundreds of SFGH, UCSF staff got infected with COVID
Pediatricians see uptick in COVID testing among young children
Mask mandate inevitable in SF; announcement will come next week
Delta variant 'twice as infectious' as previously thought
Health officials respond to self-prescribed COVID booster shots
SF tenants get 6-figure buyout to leave luxe unit
California Dreaming: The Future of the Golden State | Part 3
Show More
Coronavirus updates: COVID outbreak reported at Contra Costa jails
Disney joins list of companies requiring vaccine for nonunion workers
Experts explain why it's safe for kids to return to school
200 Afghan evacuees who helped American troops arrive in US
Mom who gave birth to 9 thriving babies at same time speaks out
More TOP STORIES News