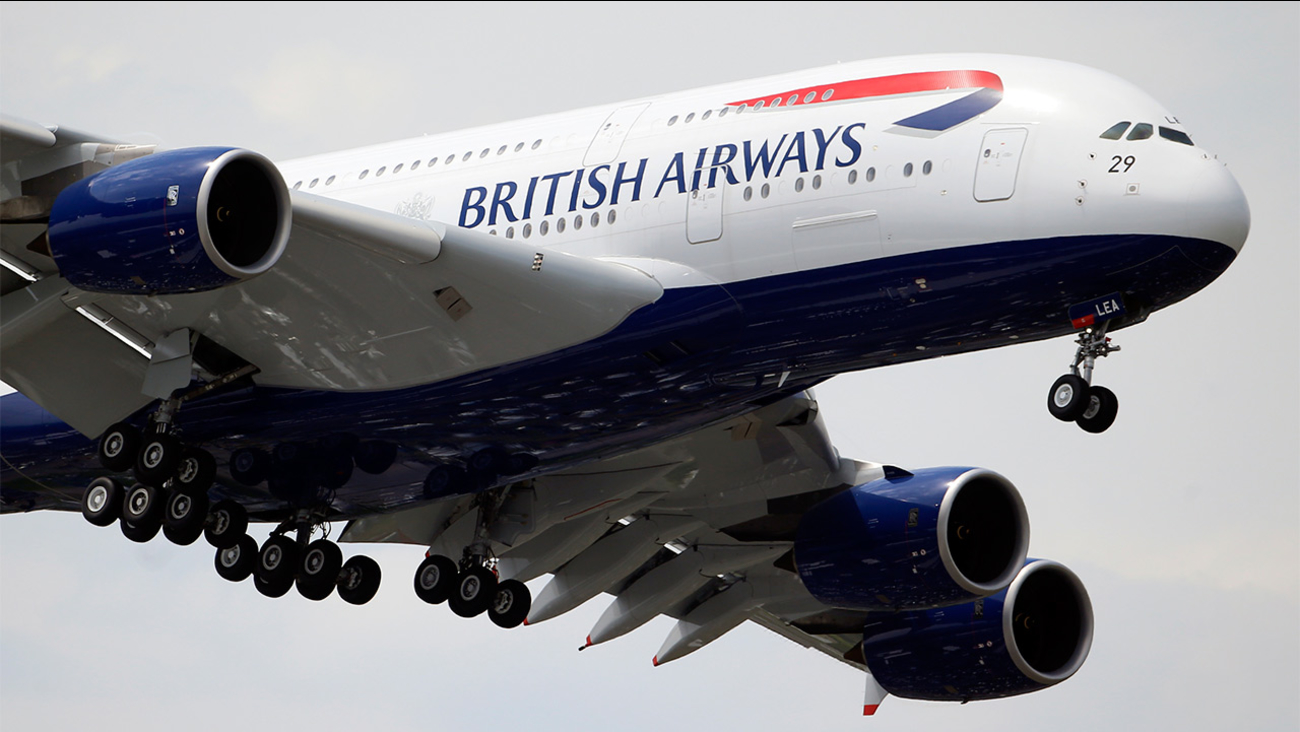 A British Airways Airbus A380 is photographed on Wednesday, June 19, 2013. (AP Photo/Francois Mori)