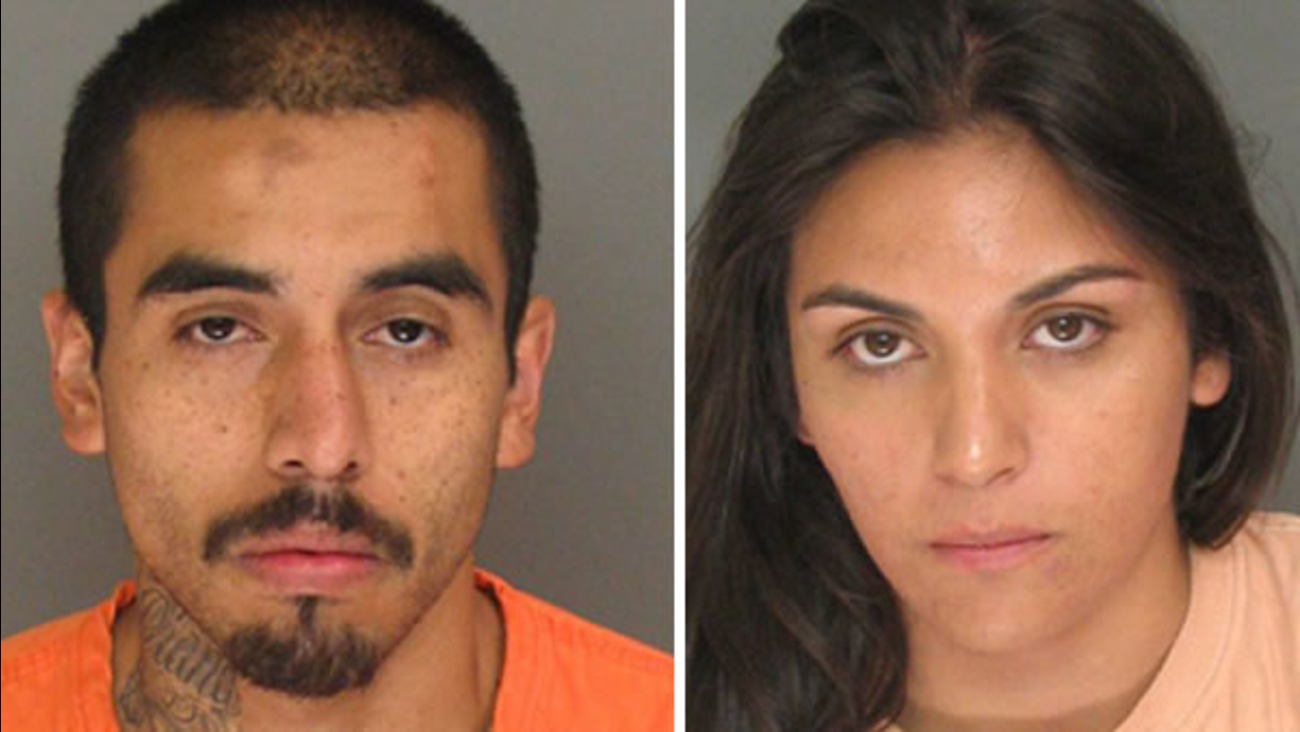 Watsonville have arrested Antonio Bravo on suspicion of holding three women up at gunpoint and his girlfriend Diana Pacheco for allegedly driving the getaway car. (KGO-TV)

WATSONVILLE, Calif. (KGO) -- Watsonville police have arrested a man and woman who they say brought their 3-year-old son along during a string of armed robberies.

They say his girlfriend, Diana Pacheco, drove the getaway car.

The couple then used the victims' credit cards to buy things.