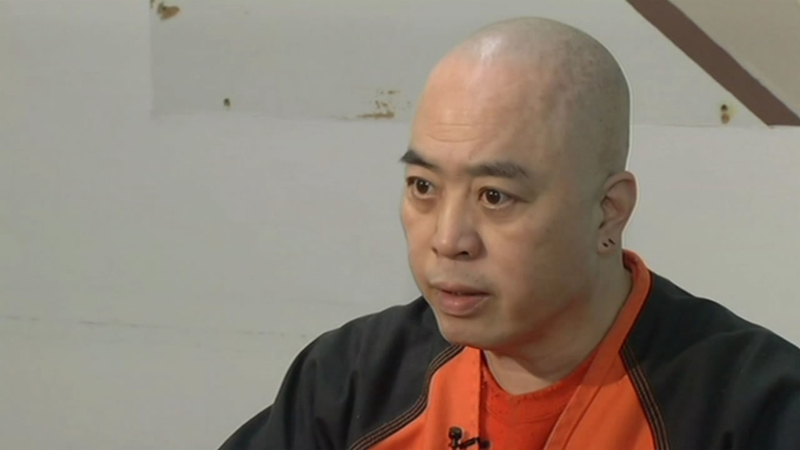 Chow answered all of ABC7 News' questions. There were no ground rules and Chow's attorney was present during the one-hour interview.

Next month Chow could be sentenced to life in prison after a jury convicted him of 162 counts of racketeering and murder.


Wang: "It's on record, both on video and audio tape, that you took money from an undercover FBI agent."

Chow: "I did not take the money. I received the money, yes."

Chow: He put in my pocket. He give it to me. I never even asked him, 'Hey that's my money. That's my share. Hey, when you gonna bring me the money?' You never heard anything because it never happening."

Jordan introduced himself as a wealth management investor and wined and dined Chow at some of San Francisco's fanciest restaurants. Exclusive photos show a female undercover agent sometimes posed as Jordan's girlfriend.

Chow: "And then he say, 'Oh that is for the love and respect. It's brothers,' I mean, oh cool. You know in our culture we did that all the time. I mean, people give me red envelopes. In my own community my elders put money in my pocket, all the time."

Chow says he just wanted Jordan to invest in publishing his autobiography, "Son of the Underworld." He introduced Jordan to friends who were also arrested in the sting for laundering money and selling illegally obtained alcohol and cigarettes.

Chow: "They try to talking in front of me about you know what they going to do, and I feel that's not proper for me to be there, that's why I tell them, 'Hey you know what I don't need to hear that.' I walk out."

Wang: "But every time you said,'Hey I don't want any part of this,' you knew they were doing something wrong.

Chow: "But I don't know what they do. I feel they do something. I don't look into their pocket. 'What you got?'"

Agents arrested one of Chow's friends, Joe Chanthavang. He testified he was in the room when Chow ordered the murder of Allen Leung. At the time, Leung was the head of Chinatown's Ghee Kung Tong. Chow immediately took over as dragonhead. Chanthavang's cooperation led to Chow's murder conviction and could get Chanthavang a lesser sentence.

Chow: "They had to come up with these lies to make them valuable to the government and they need them.

Chanthavang's attorney would not let him speak to ABC7 News.

Chow plans to appeal the conviction and his attorneys are refilling a motion claiming outrageous misconduct by the FBI and the prosecution.

"They want to force me back into crime, and I refuse to.

Chow has already spent more than a decade in prison for a host of crimes he committed in Chinatown in the 70s and 80s. But prosecutors, who declined a request for an interview, have argued Chow simply couldn't resist getting back in the game.

ABC7 News interviewed Chow in 2012 and confronted him with police source information about his specific movements, which he did not deny. At the time, he said he wasn't surprised he was being followed. In jail, he said he had no inkling an undercover FBI agent had already penetrated his inner circle.