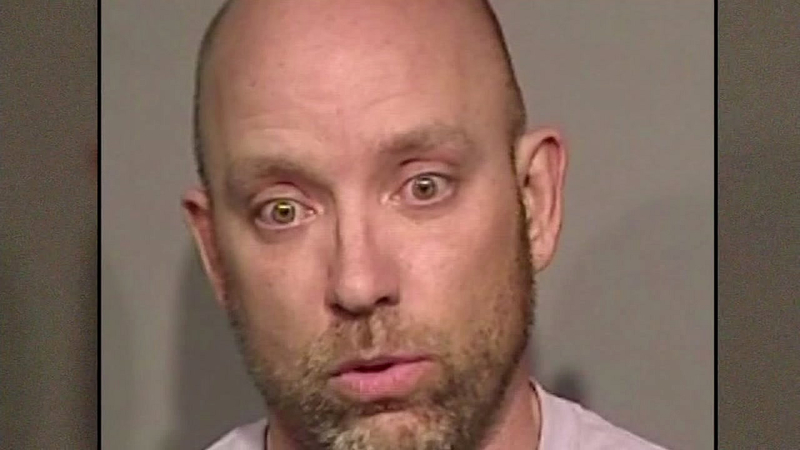 NAPA, Calif. (KGO) -- A man is accused of kidnapping, assaulting and holding a Napa teen girl hostage for 27 hours before she was able to escape.

The 13-year-old girl made a bold move when she jumped from a moving car near Bodega Bay. The man drove 40 miles before she was able to get away.

Deputies said the suspect lured the girl into his truck at a Shell gas station, refusing to let her go at 3 a.m. on Friday.

Customers were shocked and surprised when they heard what happened. "Wow, my prayers are with her and her family, it's scary to hear," parent Franchessca said.

Crum said Marble drove for hours, sexually assaulting the girl, and forcing her to take drugs. "He injected her with methamphetamine," he said. "During this long ordeal, he pulled out a knife and started cutting her legs superficially and then with a razor blade I understand he started carving his name into her arm."
However, the girl escaped her kidnapper on Highway 1 in Bodega Bay by jumping from the moving pickup truck and hiding in some bushes while Marble did something very unusual. "He called the cops," Crum said.

And when deputies showed up. "She came up stumbling up to us and told us she'd been victim of sexual assault by this man," Crum said.

"She was brave to do that...'do I jump and take a risk and see if I make it or not,"' Napa resident Erika Perez-Montes said.

"I see them drive by, that's about it. That's all they really do," neighbor Lisa Giaccio said. Neighbors said Marble was often seen coming and going from a Napa mobile home park where his relatives live.

"You think you know somebody, but it's all surprising," Giaccio said.

Police say Marble has a long rap sheet across California from drug offenses to domestic violence charges, but no sex crimes.