KGO
By by Melanie Woodrow
SAN FRANCISCO (KGO) -- The FBI and San Francisco police raided a San Francisco home and the man at the center of an excessive force investigation is back in the hands of law enforcement.

The FBI responded to a home Friday afternoon on Teddy Avenue in the city's Visitacion Valley neighborhood. It's a home Stanislav Petrov is known to frequent.

A federal arrest warrant was issued Friday night for two people, Petrov and sources say his girlfriend. Agents searched Petrov outside the home on Teddy Avenue. Sources say multiple people, including Petrov and his girlfriend, stay there. Another man was also handcuffed and detained.

"Of course I'm shocked," said one neighbor. "I didn't know anything suspicious that's going on because this is a quiet neighborhood."

Overnight, neighbors say someone was shot outside the house.

It wasn't the first time FBI agents raided the home. ABC7 News has obtained video of a March 8 FBI raid. FBI sources tell ABC7 News Petrov wasn't on their radar, but when federal agents entered the home he was inside.

SFPD arrested Petrov in connection with controlled substances and a firearm, but he was never charged.

In an exclusive interview with ABC7 News Wednesday he said it wasn't him.

"I don't know what you're talking about ma'am," Petrov said.

Federal sources say the latest raid is independent of the overnight shooting. Agents walked Petrov away from the home and put him in a Ford SUV before driving away.

FBI sources say the federal search and arrest warrants are sealed for now but could available after Petrov's initial court appearance, which will likely be Monday.

We saw at least two people cuffed in addition to Petrov @abc7newsBayArea pic.twitter.com/vP326sR5ME

FBI raid outside home Stanislav Petrov known to frequent. Feds ordered him to come out w/hands up pic.twitter.com/vKNsLr8pJ8

Feds outside SF home. Witness says Feds have Petrov on the ground and are searching him and his vehicle @abc7newsBayArea 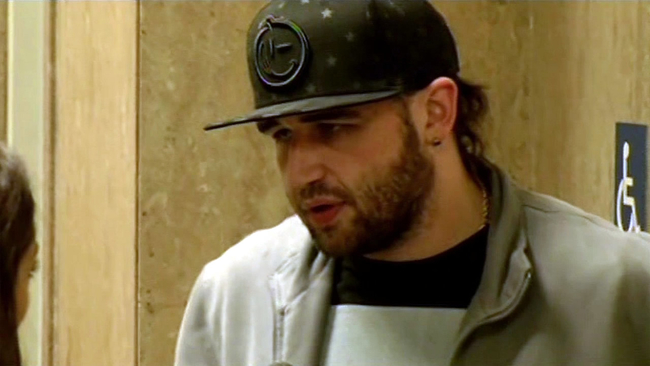