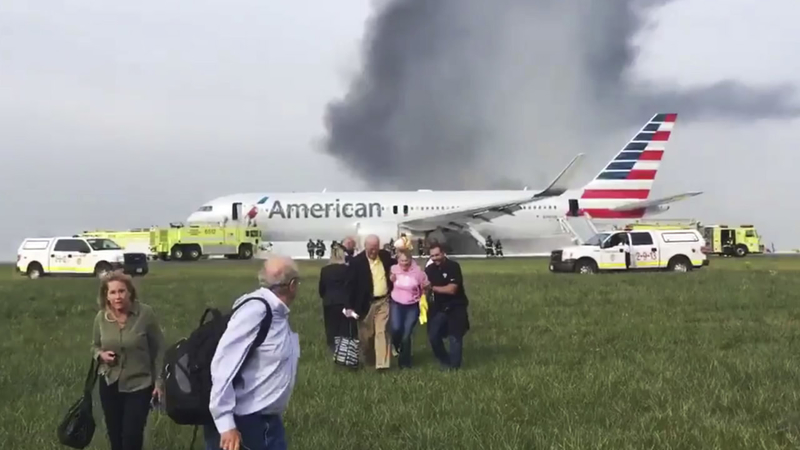 CHICAGO -- A federal official says an American Airlines plane attempting to take off from Chicago's O'Hare International Airport experienced an "uncontained engine failure." That is a rare, serious event in which engine parts break off and are spewed outside the engine.

VIDEO: Chaos inside the American Airlines flight that caught fire in Chicago

The official spoke to The Associated Press on condition of anonymity because the person was not authorized to speak publicly about the investigation.

The danger of such a failure is that pieces effectively become shrapnel and can cause extensive damage to the aircraft.

Authorities say 20 passengers suffered minor injuries Friday as they used emergency chutes to evacuate the Miami-bound plane after the pilots aborted the takeoff. Airline officials originally put the number of injured at eight but later confirmed that 20 passengers were hurt. An American spokeswoman also says that one flight attendant was injured.

Chicago Deputy Fire Commissioner Timothy Sampey says the incident could have been "absolutely devastating" if it had happened after takeoff. He noted the plane was spilling a substantial amount of fuel when firefighters arrived.

161 passengers and nine crew members used emergency slides to exit the plane and were taken back to the terminal.

Several injuries have been reported.
The cellphone video taken from inside the plane shows passengers scrambling to get off, and some were apparently yelled at when they tried to grab their carry-on bags on the way out.

The FAA says the Boeing 767 blew a tire and damaged an engine.