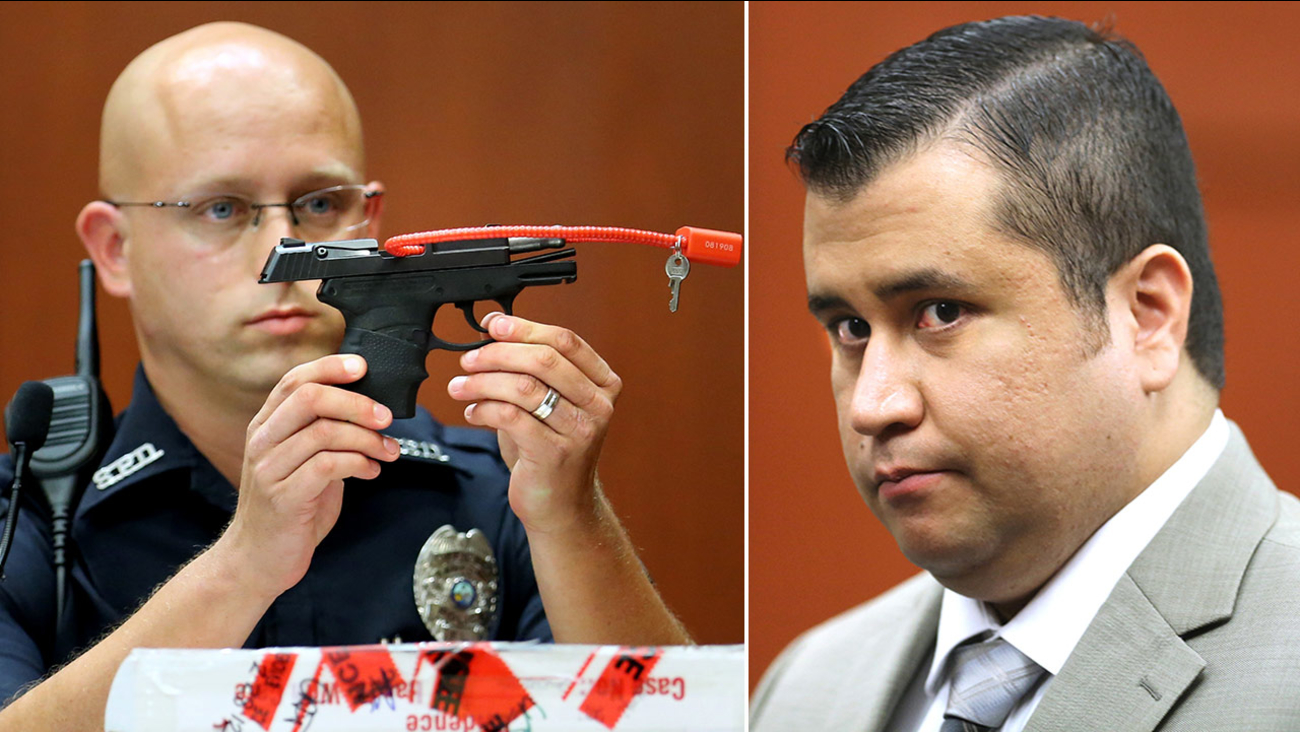 A Sanford police officer holds up the gun that was used to kill Trayvon Martin (left) and file photo of George Zimmerman from July 9, 2013 (right). (Joe Burbank)

SANFORD, Fla. -- After one online gun auction site rejected George Zimmerman's ad to sell the pistol he used to kill unarmed African American teenager Trayvon Martin, another website has agreed to allow it.

The website for United Gun Group posted the new link to the gun with a statement from Zimmerman on Thursday afternoon. However, the site apparently went down a few minutes later. The site calls itself a "social market place for the firearms community."

The U.S. Department of Justice returned the gun to Zimmerman, after the agency had held it since his acquittal in Martin's fatal shooting in 2012.

Zimmerman was working with a volunteer neighborhood watch in Florida when he says he was attacked by the unarmed, 17-year-old Martin, and fired in self-defense. He was acquitted of criminal charges in the case.

The weapon was removed from the GunBroker.com website minutes after the auction was to begin, with site officials saying they wanted no part in selling the pistol as negative traffic about the sale exploded online. In a statement posted on its website, GunBroker.com said listings are user generated, and that the company reserved the right to reject listings at its discretion.

"Mr. Zimmerman never contacted anyone at GunBroker.com prior to or after the listing was created and no one at (the website) has any relationship with Zimmerman," the company wrote in its statement. "We want no part in the listing on our web site or in any of the publicity it is receiving."

Critics called the planned auction an insensitive move to profit from the slaying.

Zimmerman had told Orlando, Florida, TV station WOFL that the pistol was returned to him by the U.S. Justice Department, which took it after he was acquitted in Martin's 2012 shooting death.

Zimmerman's listing had said a portion of the proceeds would go toward fighting what Zimmerman calls violence by the Black Lives Matter movement against law enforcement officers, combatting anti-gun rhetoric of Democratic presidential candidate Hillary Clinton and ending the career of state attorney Angela Corey, who led Zimmerman's prosecution.

The listing ended with a Latin phrase that translates as "if you want peace, prepare for war."

Zimmerman, now 32, has said he was defending himself when he killed Martin, 17, in a gated community near Orlando. Martin, who lived in Miami with his mother, was visiting his father at the time.

Zimmerman, who identifies as Hispanic, was acquitted in Martin's February 2012 shooting death. The case sparked protests and a national debate about race relations. The Justice Department later decided not to bring a civil rights case against Zimmerman.

RELATED: Zimmerman says Obama amped up racial tension against him

Lucy McBath, the mother of another black teenager shot by a white man during an argument at a Jacksonville convenience store in 2012, said the auction reflected a "deplorable lack of value for human life."

"I am deeply disappointed that the man who killed Trayvon Martin is trying to sell the very gun he used to cut that precious life short to raise money," McBath said in a written statement.

The slaying of her son, 17-year-old Jordan Davis, by Michael Dunn drew parallels at the time to the Zimmerman-Martin case. Dunn told police he had felt threatened by Davis. Unlike Zimmerman, Dunn was convicted of murder.

Since Zimmerman was acquitted, he has been charged with assault based on complaints from two girlfriends. Both women later refused to press charges and Zimmerman wasn't prosecuted. His estranged wife, Shellie Zimmerman, also accused him of smashing her iPad during an argument days after she filed divorce papers. No charges were filed because of lack of evidence. They were divorced in January.

Orlando-based attorney Mark O'Mara has previously represented Zimmerman. A receptionist in O'Mara's office said Thursday that he no longer represents Zimmerman and had no comment.

Martin's parents both declined to address Zimmerman's actions in statements made through representatives.

Martin's mother, Sybrina Fulton, said through an attorney that she would rather focus on her work with the Trayvon Martin Foundation than respond to "Zimmerman's actions."

Daryl Parks, whose firm represented the Martin family during the trial, is now chairman of Fulton's foundation. He says Fulton is pushing for policies that protect youth and address gun violence.

Fulton also founded the Circle of Mothers conference, a three-day event to help mothers who have "lost children or family members" to gun violence. Democratic presidential candidate Hillary Clinton will be the keynote speaker at the event in Fort Lauderdale starting May 20.

In the auction listing, Zimmerman cited strong interest from collectors including "The Smithsonian Museum in Washington DC."

"The Smithsonian has never expressed an interest in collecting this firearm and has no intention of collecting or displaying this firearm," Gibbons said.
Related topics:
floridatrayvon martingun violenceauctionshootingu.s. & worldgeorge zimmermanguns
Copyright © 2021 by The Associated Press. All Rights Reserved.
TRAYVON MARTIN 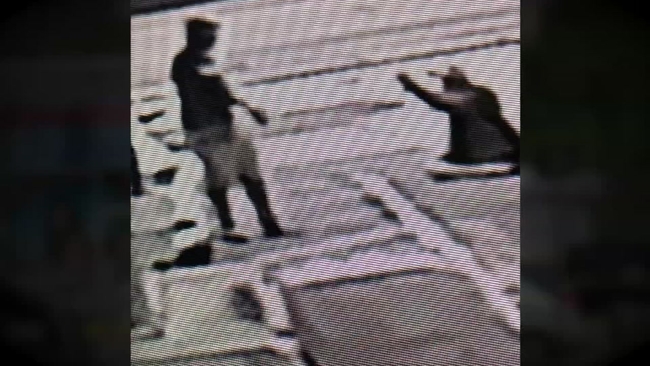 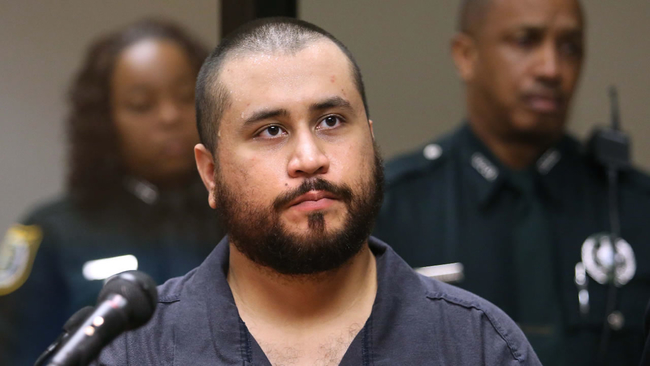