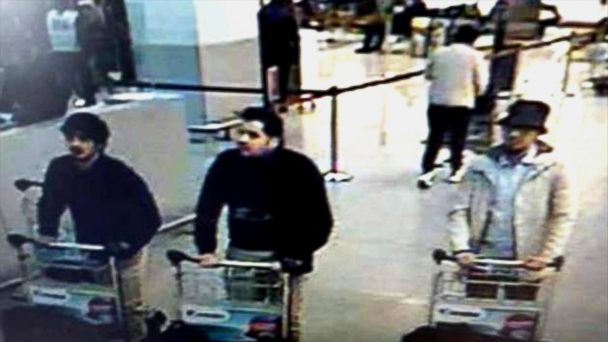 Authorities believe they have identified the mystery man wearing the light-colored jacket in a photograph with two of the bombers at the Brussels airport, according to a U.S. official.

The name was not released, but it was already in U.S. terrorism databases at the time of the bombings, the official said. Another official said Belgian authorities are confident they have identified the individual but are urgently working to capture the subject and confirm his identity.

U.S. officials have confirmed that the brothers allegedly involved in the Brussels terror attacks, Khalid and Ibrahim El Bakraoui, were already in U.S. terrorism databases as well. Both were believed to be suicide bombers in the attacks.

In recent weeks and months, there has been consistent chatter about other terror plots planned for Europe, with specific locations and targets being discussed, a senior intelligence official told ABC News. New attacks could come at any moment, the official added.

A third suspect, 24-year-old Najim Laachraoui, was on the run from police when he allegedly detonated one of the bombs at the airport. Belgian authorities posted a wanted notice for the Moroccan native the day of the coordinated Paris attacks in November that killed 130 people.

Laachraoui was believed to be a suicide bomber in the attacks as well.