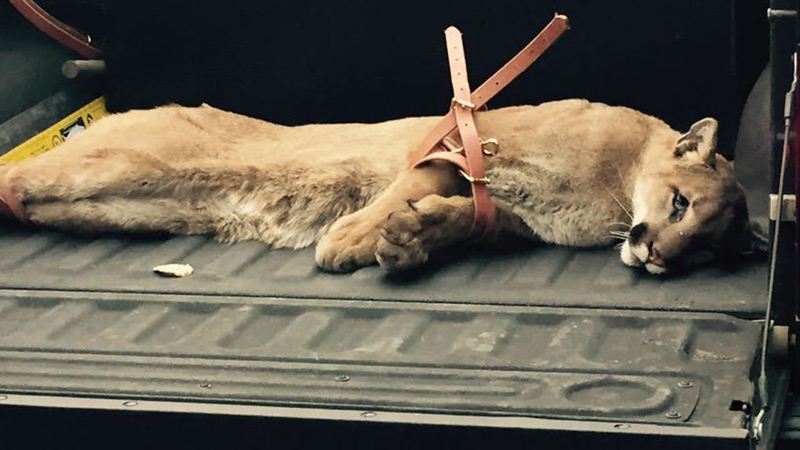 Around 7:30 p.m. the game warden used tranquilizer darts to render the animal unconscious in the vicinity of El Camino Real and Ninth Avenue, according to spokesman Andrew Hughan.

"It took two shots, but he was able to successfully dart the animal," Hughan said. "It took off running for a minute or two but then it went to sleep." 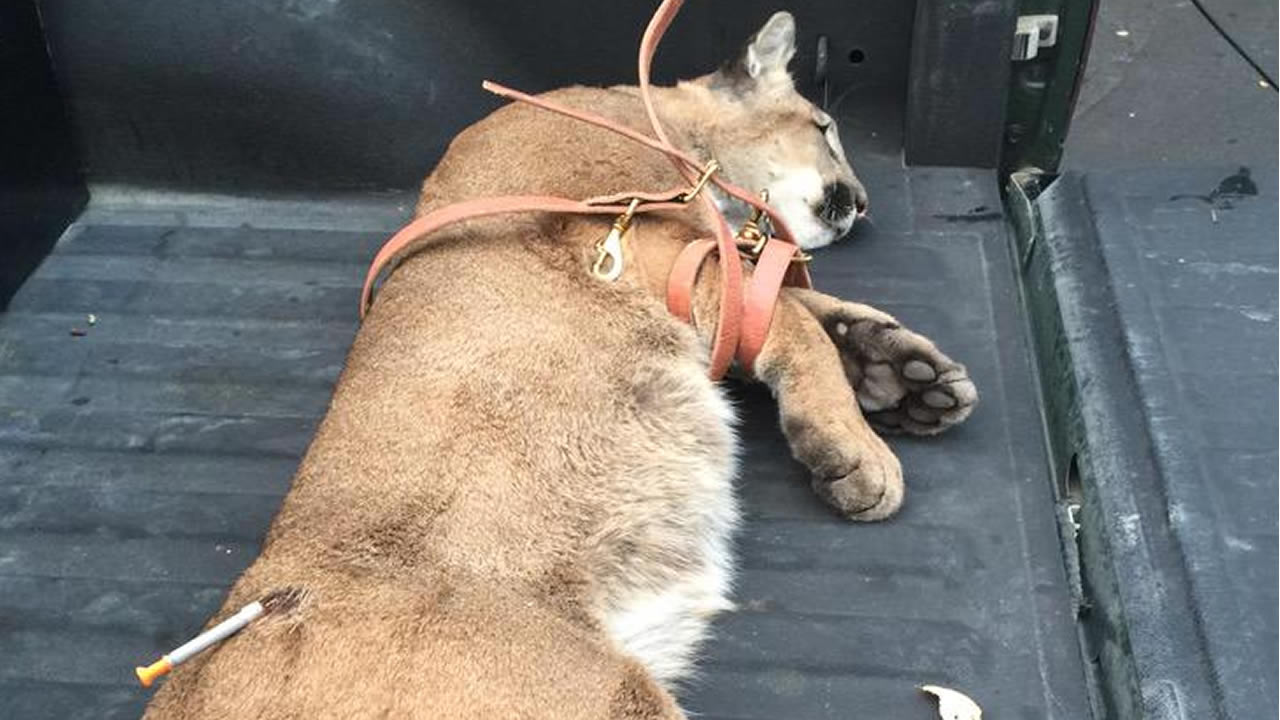 PHOTOS: Mountain lion captured in San Mateo
Police officers, with the help of Fish & Wildlife, successfully tranquilized a mountain lion after several sightings in San Mateo, Calif. on May 18, 2015.

The mountain lion was found to be healthy, and Hughan said it had probably wandered into town looking for food and water. It was later taken to a wildlife refuge and safely released around 8:30 p.m., according to Hughan.

At 4:30 a.m. Monday morning, police received the first report of a sighting near the corner of Avila Road and S. El Camino Real. Officers said they saw what appeared to be a medium-sized mountain lion, possibly weighing 60 to 80 pounds, according to police.

Healthy male lion walked back into its habitat on its own. Vet check confirmed no issues.

Police said the mountain lion was not acting aggressive or predatory in any way. Police canvassed the area to try and locate the animal but were unsuccessful.

At 1:20 p.m., police received another call from a resident who reported seeing a large brown cat walking away from an apartment complex at 33 Hayward Ave. The caller also said the animal was not acting aggressively or predatory in any way, police said.

After two sightings earlier in the day, a third call came in at around 4:30 p.m. to report a mountain lion sighting on Ninth Avenue near El Camino Real. That's where authorities set up a perimeter and ultimately captured the animal.

San Mateo PD have multiple sightings of a Mountain lion in a populated neighborhood. #mapit pic.twitter.com/CnaXeV7XBR

Officers telling neighbors to keep away from Ninth & Palm where Mt Lion was last spotted in San Mateo. #mapit pic.twitter.com/QKuEgJWxHT