KGO
SAN JOSE, Calif. (KGO) -- A one day old baby boy is still in critical condition at a South Bay hospital, after his mother died in a car accident.

Dulce Capetillo, 18, was pregnant when she died early Wednesday morning. Miraculously, doctors were able to save the child.

Baby Christopher is in the neo-natal ICU at the Valley Medical Center. A tired and drained Pedro Cortes talks about losing the love of his life and gaining a new love. He says he and his fiancé had a great future planned. Now there's a void. The pain is overwhelming.

Capetillo died Wednesday. She was the passenger in her brother's Honda Civic. He had picked her up after the late shift at the Taco Bell in Morgan Hill. They were then going to pick up Pedro after his shift at the taco bell on Alum Rock in San Jose, when the car suddenly swerved and smashed into a BMW that was parked on the shoulder.
Doctors managed to save their baby.

One family said they gave what they could.

"It's really tragic because nobody deserves something like that," said San Jose resident Guadalupe Flores. 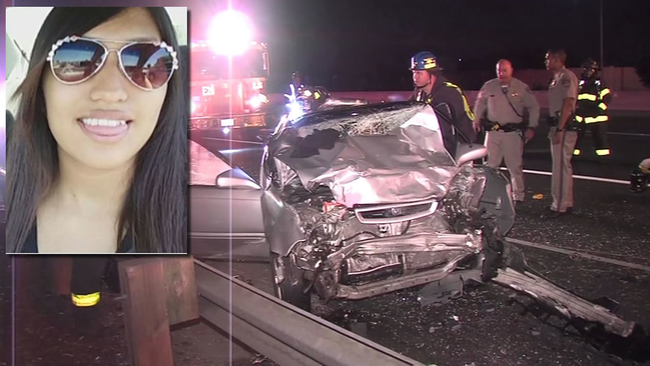